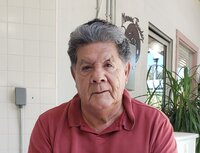 Adolfo was a loving father to his children and grandchildren, raising most of his children by himself. He worked as a handyman in Chico.  Adolfo enjoyed woodworking, restoring old cars, clocks and spending sunny days at the One Mile Park.