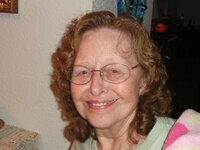 Carol Darlene Allison, our beloved mother and grandmother, was called home to be with the Lord on May 29, 2022 in Chico, CA. She was born on October 16, 1938 in Chicago, IL to the loving arms of Charles and Chelsea Mabus. Carol moved with her parents to Chico in 1953 and remained here for the rest of her life. She attended Chico High School and Butte College. Carol met, fell in love, and married her soul mate, Robert E. Allison. They had five children, Deborah Barstow of Reno, NV, Connie Epperson of Orland, CA, Robert Allison of Forest Ranch, CA, Cathy Boster of Oroville, CA and Steve Allison of Chico.

Carol attended nursing school and became a nursing assistant in 1965. She began working at Chico Community Hospital and there became the ward secretary of the Intensive Care Unit. Carol loved her job and worked at Community Hospital for 18 years. After losing both of her parents there, it became hard for her to face that daily, so she went to work at Enloe Medical Center and worked there for 7 years in the Trauma Unit. Carol was offered and happily accepted an early retirement from Enloe in 1995.
Carol loved to spend time with her family. She also loved going to the California coast, and took many memorable trips with her family there. She also loved camping with her family, whether in the mountains or on the beach.

Carol loved to be on her computer, amazed by the technology, and always discovering something new. She also enjoyed reading, painting, and crocheting. Carol had a great love for animals and had many beloved dogs throughout her lifetime, some that she rescued and loved after her retirement.

Donations can be made to the Butte County Humane Society. There will be a private service and interment at Glen Oaks Memorial Park on June 17.