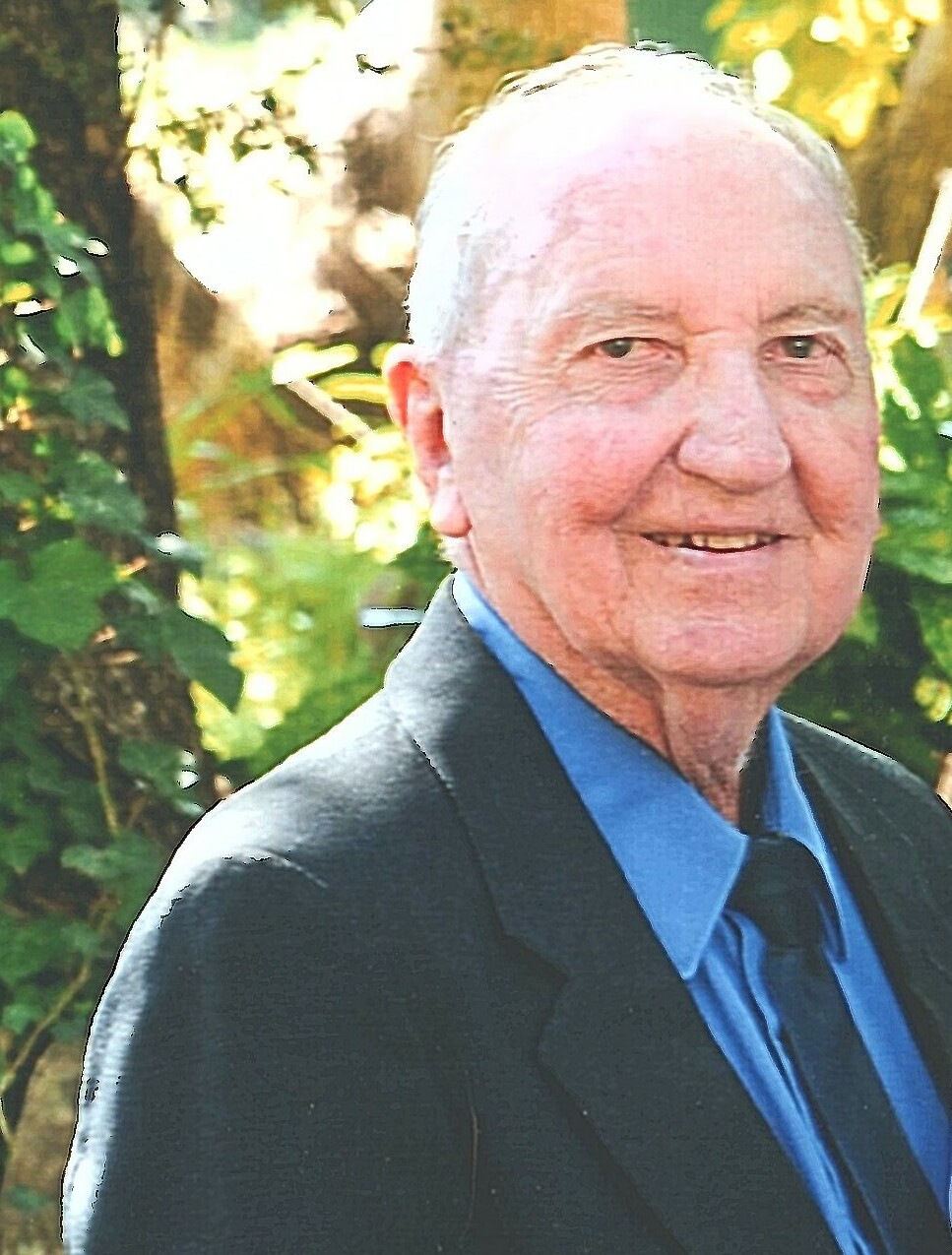 The gates of Heaven opened for our father and grandfather to be with his beloved wife on June 27, 2022. He passed away peacefully in his Dayton, CA home, with family and beloved pets by his side, after a lengthy illness.
Stanley was born on November 29, 1932, in Sacramento, CA to William and Mary Graves. He was the youngest of three children. The family moved to Chico, CA in the late 1930’s, and he attended Chico Senior High School. There, he met and later married his high school sweetheart, Mary Walters, on March 22, 1952. They lived in Guam for two years during Stan's time in the Navy. Upon their return, they lived in Chico and finally settled in Dayton in 1962, where he loved farming his almond orchard. Stan also owned and operated his own Ceramic Tile Contracting business in Chico.

Every summer Stan and Mary, together with their four children, enjoyed camping, fishing, boating, square dancing and calling square dances.
He was very active in his children's schools and community organizations in Durham and Chico including the 20-30 Club and serving on the Durham School Board.
His dedication to the Chico Fraternal Order of Eagles (FOE) #218 was unwavering. He found great joy during his 40 years serving at all chair positions for the organization, including serving as Secretary for 25 years and as a leader of the organization. This is where he perfected his joke-telling ability.  “After all, 50 bucks is fifty bucks.”

He is survived by sons Richard (Barbara), Chuck (Diane), daughters Jean Rogers (Gary) and Gigi Kyes (Rick); grandchildren Kathryn, Courtney, Matthew, Stefanie, Patrick, Nathan, Samuel, and Jacob; 17 great-grandchildren and many nieces and nephews.
Stan was preceded in death by his wife Mary and his two brothers, William and Larry, who also served in the Navy.

Stan will be greatly missed by his family and many friends. Thank you to all who shared his last days at home. Our sincere gratitude goes out to the nurses, aides and doctors who assisted in his care during his final year.

The family would like to offer special recognition to the following persons and organizations for their assistance in caring for Stan: special thanks to Gigi Kyes and her husband Rick for their help and care, Jim Robinson, Margaret Mathot, Helene Ginter, Barr Barton, Danny Moreno and Interim, Advantage Health Care Hospice, VA, IHSS, Passages, and Butte Home Health.

A special heartfelt thanks to Gigi Kyes and Brenda Rosa for making it possible for Dad to stay home and enjoy the last few months of his life with dignity and with his family and pets. We love you Gigi and Brenda.

Services and reception will be held on Saturday, July 16, 2022, at 11:00 am at the Eagles Hall, 1940 Mulberry Street, Chico.
Interment will follow at 2:00 pm at the Dayton Cemetery, 9568 Reinemer Road, off Ord Ferry Rd.
In lieu of flowers, donations in Stan's name may be made to the Butte County Humane Society.
Condolences may be sent to the family at www.brusiefh.com