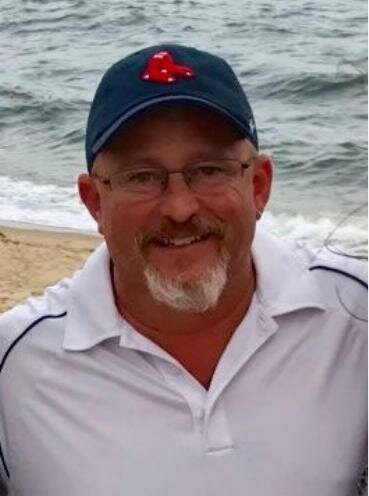 Carl Raymond Pelletier, 53, of Chico, California, passed away on August 26th, 2021, at Enloe Hospital.  Carl was born on December 29, 1967 in Methuen, Massachusettes.  As a child, he loved to play sports and became an avid Red Sox and Patriots fan.  The Red Sox were Carl’s passion.  He would listen to every game, attend games at Fenway whenever he was out East, and passed his love of baseball and the Red Sox onto his family.   Carl lived in Massachusetts, until moving to Kwajelein, Marshall Islands in 1981.   There he enjoyed scuba diving, soccer, baseball, basketball and learned to excel in all types of sports and physical activities.  He was an avid music lover of all kinds.   He would tell stories of trying to get Rock and Roll albums on the island and he loved Rush, Grateful Dead, and Jimmy Buffett, to name just a few.  Carl loved his time growing up on their little ½ mile x 3 mile island.

Carl graduated from Kwajelein High School in 1985 and went on to earn his Bachelors degree in Kinesiology from The University of Colorado, Bolder, in 1989, where he was a Delta Chi fraternity brother.  He then earned his Masters in Physical Therapy from University of Massachusettes, Lowell, in 1991.

After PT school, Carl moved to Florida to work at a local hospital in Melbourne, FL.   There he made many friends and enjoyed many adventures, including monthly Key West trips, concerts, beach volleyball, softball, and golf.   There he also met his wife, Maria, who joined him on many adventures.   They eventually started to do traveling therapy together (Carl as a PT and Maria as an OT) and spent 4 years traveling the country and enjoying the sites.    Carl and Maria were married on August 22, 1998 and quickly settled in Chico, CA, where they had previously worked as travelers.    Carl worked for Enloe Medical Center, as an outpatient Physical Therapist for almost 23 years.  Not one for change, he was still at the same desk, in the same office, up until the day he went to the hospital.    Carl made many friends at his job and helped so many people regain their function and mobility.   He was an excellent PT and loved what he did.

Golfing was Carl’s primary hobby.   While traveling the country, he played as much as he could and enjoyed trying out new courses.   When he moved to Chico, Carl joined Canyon Oaks Country Club before he even started his first day on the job.   So much of his social life and fun times were centered around his Canyon Oaks community of friends.    He was on the Men’s Club board of directors for a time, was even president for a year, and played in many tournaments.  One of Carl’s greatest golf accomplishments was to win the Canyon Oaks Club Championship in 2017.   He never got an Invitational Rock, but he did get a one-in-hole on hole 14.

Carl was a member of the Knights of Columbus and the Elks Lodge.  Carl loved what the Knights does for our local community and was proud to be a 3rd degree Knight.    Besides Canyon Oaks, the Elks lodge was his second favorite spot where he would spend his time hanging with friends, watching football games, and working out.

To send flowers to the family or plant a tree in memory of Carl Pelletier, please visit Tribute Store
Print
Share A Memory
Send Flowers