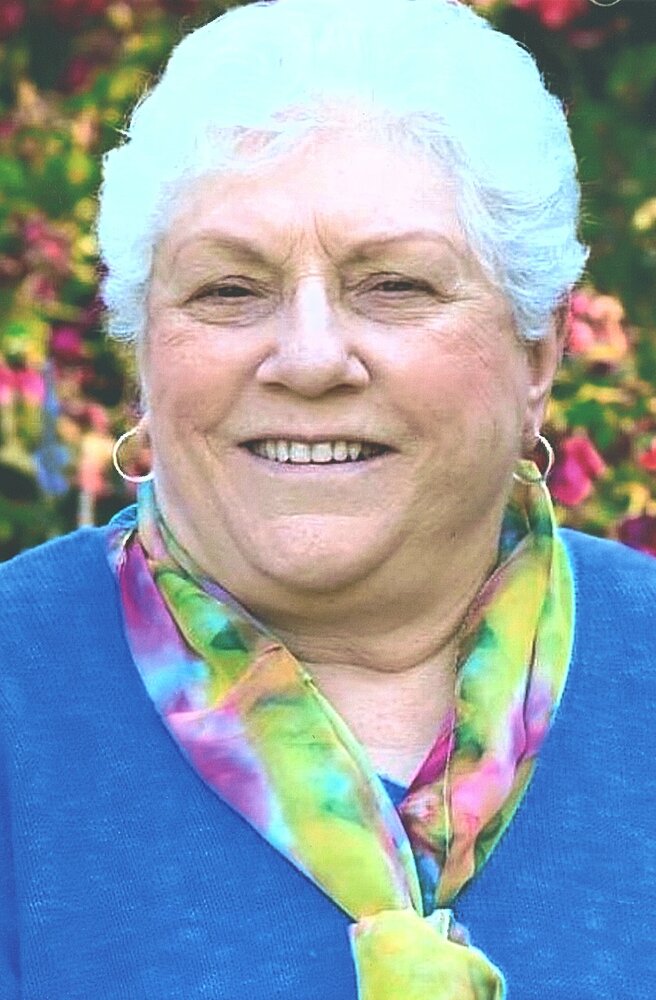 Diane Rita (Michael) Wambaugh was born May 14, 1940 in San Francisco to Dr. Michael T. Michael and Carmon Ailes Michael. Diane was the third oldest of thirteen children. The family lived in San Francisco until Diane was twelve years old and then they moved to Atherton, CA.

Diane attended Sacred Heart High School in Atherton, where she met many cherished childhood friends, that she maintained contact with throughout her entire life. Diane also attended the University of Portland, Oregon.

In 1959, Diane married her high school sweetheart, Richard Currier. They settled in Fremont, CA and had four wonderful children. Family was very important in Diane’s life. She was an extremely loving, generous, and fun-loving person who knew how to have a good time. Diane was an avid reader and gardener. She grew the most beautiful roses. Her vegetable garden was to be envied. Diane loved to dance. Every Saturday morning, she would turn the music up loudly while she and her children did their cleaning chores all while dancing around the house. They had so much fun, that often the neighbor kids would want to come and help.

Diane worked in Palo Alto for Hewlett Packard for many years while raising her family. Additionally, she ran an elder care home out of her house and did bookkeeping for elderly clients. Diane had a compassionate heart always putting others before herself.

Diane was a sports fan, especially if her children or grandchildren were playing. She would regularly attend baseball/softball, football, basketball, soccer, tennis, and volleyball games as well as plays, dance recitals and concerts.

She was proud of her children and grandchildren, and greatgrandchildren, and loved them unconditionally. She was proud and loved the fact that she grew up in a large family with such loving parents. Diane was not only family but also a cherished friend. She was always someone to share life’s adventures with whether it be joy, laughter, trials, tribulations or maybe some mischief, Diane would be there for all of her family.

In 2003, Diane moved up to Paradise, CA. Diane was an active member of the Newcomers Group. She made many friends in this group. Diane was also a Paradise Hospice Volunteer, giving of herself for others. She also worked at K-Mart in Paradise to give her something to do with her time in retirement. After the Camp Fire in 2018, Diane settled in Chico where she lived the remainder of her life.

Diane passed away peacefully on September 3, 2021 with her loving family by her side.

Proverbs 31:31: "Honor her for all that her hands have done, and let her works bring her praise at the city gate."

Memorial contributions can be made in Diane's name with St. Jude's Children's Hospital.

To send flowers to the family or plant a tree in memory of Diane Wambaugh, please visit Tribute Store
Wednesday
29
September