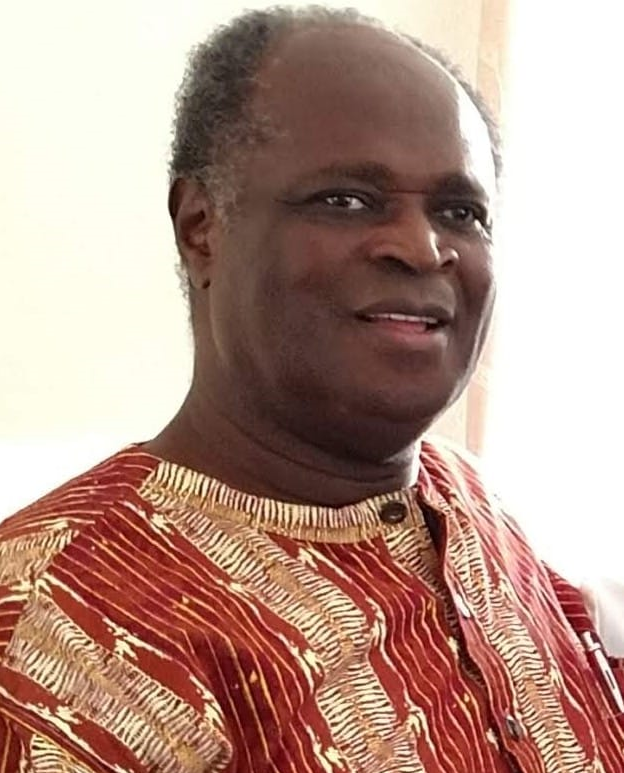 Albert Odontoh Richardson, affectionately known as Ebo, was born on January 22, 1946 in Assin-Fosu, Ghana to Joseph William(JW) Richardson and Beatrice Freeman. Growing up in a vibrant household filled with children, Albert attended the African Methodist Episcopal Zion (AME Zion) School in Cape Coast. A brilliant student, he was awarded a Ghana Cocoa Marketing Board scholarship and attended Adisadel College secondary school, also in Cape Coast, Ghana. In high school sixth form Albert passed his General Certificate of Education and was awarded the Advanced Level examination prizes in physics, mathematics, and French. Albert’s merits led to his selection as Head Prefect, a venerable honor granted to the top senior student. The awarding of the African Scholarship Program for American Universities (ASPAU) landed Albert in New Haven Connecticut, USA where he attended Yale University. A master’s degree from Case Western University and PHD in Electrical Engineering from Penn State University served as the foundation to a lifelong commitment to education.

After five years in industry with Digital Equipment Corporation (DEC) and Polaroid corporation. Albert followed his true calling as a higher education academic and in 1982  began his career as a lecturer in the Department of Electrical Engineering at the University of Benin in Benin City, Nigeria. He transferred to the Department of Electrical and Computer Engineering at Northeastern University in Boston, Massachusetts before joining the staff of the Department of Electrical Engineering at California State University Chico in 1989. Albert loved teaching students and dedicated his life to helping others build skills as a means to improve themselves and the world around them. He served as advisor for Chico State’s chapter of Tau Beta Pi Engineering society. He was a visiting professor at the University of Zacatecas, Mexico, North Dakota State University and a faculty fellow at NASA/ASEE Johnson Space center in Houston. Albert received several awards for his involvement in and support of many groups but his most cherished was from the National Executive Committee of the Adisadel Old Boys Association (AOBA) of Ghana, which conferred on him the “AOBA Outstanding Santaclausian of the Year Award 2018” Albert was a selfless giver and donated  equipment, computers, laboratory supplies, text books to elementary, secondary and graduate schools in Ghana.

In spite of the crushing demands of his academic and professional life Albert did not spare any effort in building a robust and vibrant family. It all began in 1974 when he met Cecilia Yankson, one of his elementary school classmates and realized she was his soul mate. They got married and had three children, Kojo, Effie, and Elvert.  He was a doting but disciplined father. Together with Cecilia, he made sure all his children received the best education possible. His promotion of excellence in education extended far beyond his immediate and extended families to many young people who needed a helping hand to realize their potential.

Albert will be missed for his generosity, his larger than life personality and love of a good time. He loved music and played the piano. Albert and Cecilia would often invite friends to participate in songs of praise in their home.  A lovable, unforgettable soul,  Albert will go down in history as everyone’s favorite relative and friend.

The funeral service will be live-streamed via TribuCast. To access the streaming service, please visit the following link:

In lieu of flowers, donations may be made in Albert's name to:

MAY HIS SOUL REST IN ETERNAL PEACE

To send flowers to the family or plant a tree in memory of Albert Richardson, please visit Tribute Store
Print
Saturday
11
December