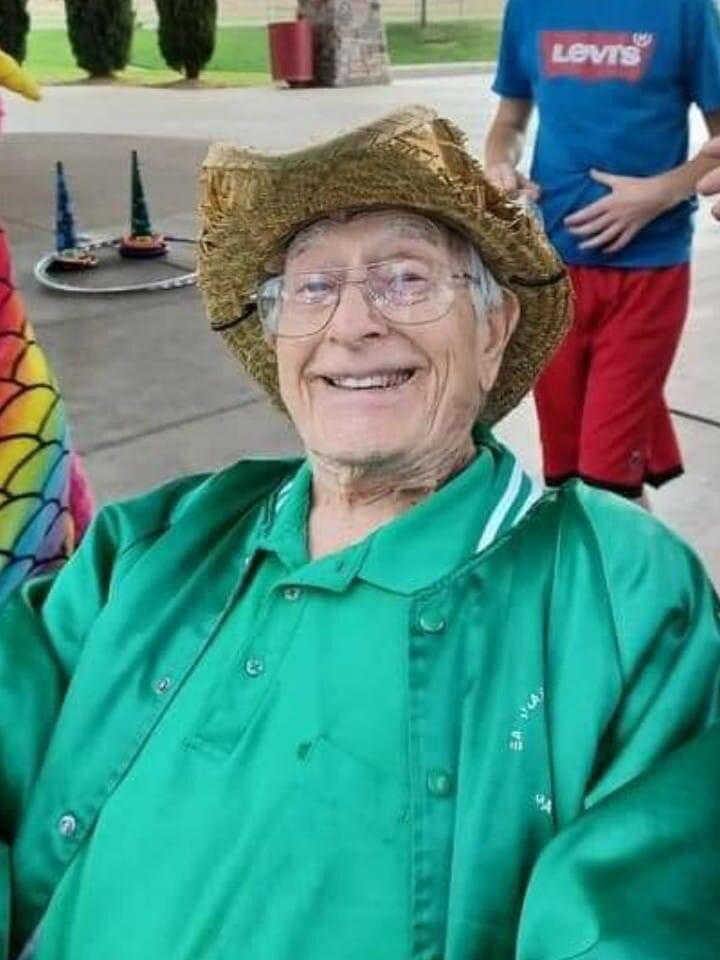 He was born in Detroit, MI, on January 29, 1931 and was the oldest of four children. He was preceded in death by his parents, Theodore and Viola Hughes, sister, Patricia, brothers Marvin (Rosemarie) and Dennis (Hattie).

Jerry is survived by his wife of 67 years, Mary Ellen, and their children, Mike Hughes (Mindy), Karen Hughes, Kathy Batham (Jim), and Abbie Kurth (Carl), 11 grandchildren and 11 great-grandchildren, nieces and nephews, and those that have joined our family through osmosis.

Berkley became his home at the age of 12. He graduated from Berkley High in 1950 and served in the Coast Guard from 1950-1953. He was stationed in Eureka, CA and Ketchikan, AK servicing lighthouses.

Jerry and Mary Ellen met in San Jose in 1954 and were married that same year.

After the Coast Guard, Jerry graduated from San Jose State. His 35-year career in Parks and Recreation started in college while in San Jose. It took him to Sunnyvale and then Santa Cruz before coming to Chico. He was General Manager of CARD from 1972-1991.

He received numerous awards for his work with Parks and Recreation, CPRS, and Rotary. There were many highlights throughout his career. The ones of which he was most proud – receiving a national grant for the Octagon Building restoration in Santa Cruz, spearheading the building of the CARD center in Chico, and receiving the Paul Harris award from Chico Rotary.

He loved supporting his kids, grandkids, and great-grandkids in school activities, sports and clubs. He would come out in most any weather if someone was participating in something.

He was happiest in the outdoors. He spent his time backpacking, hiking, fishing, and camping. He enjoyed photographing the places he explored. Family vacations were spent traveling to ghost towns, mud pots, ice caves, out-of-the way lakes and campgrounds, and museums, with a station wagon, Hi-Lite tent trailer, four kids and a dog.

In retirement, he and Mary Ellen upgraded to a 5th wheel and started visiting lighthouses. This was a favorite pastime due to his service in the Coast Guard. They traveled across the US three times including Alaska.

He enjoyed playing golf and tennis and watching football (49ers) but baseball…baseball was a huge part of his life from the time he was a teen. He played on various teams through his 50’s and loved listening to/watching the San Francisco Giants. He shared his love of the Giants with four generations. GO GIANTS!!!

To send flowers to the family or plant a tree in memory of Gerald Hughes, please visit Tribute Store
Print
Friday
18
March