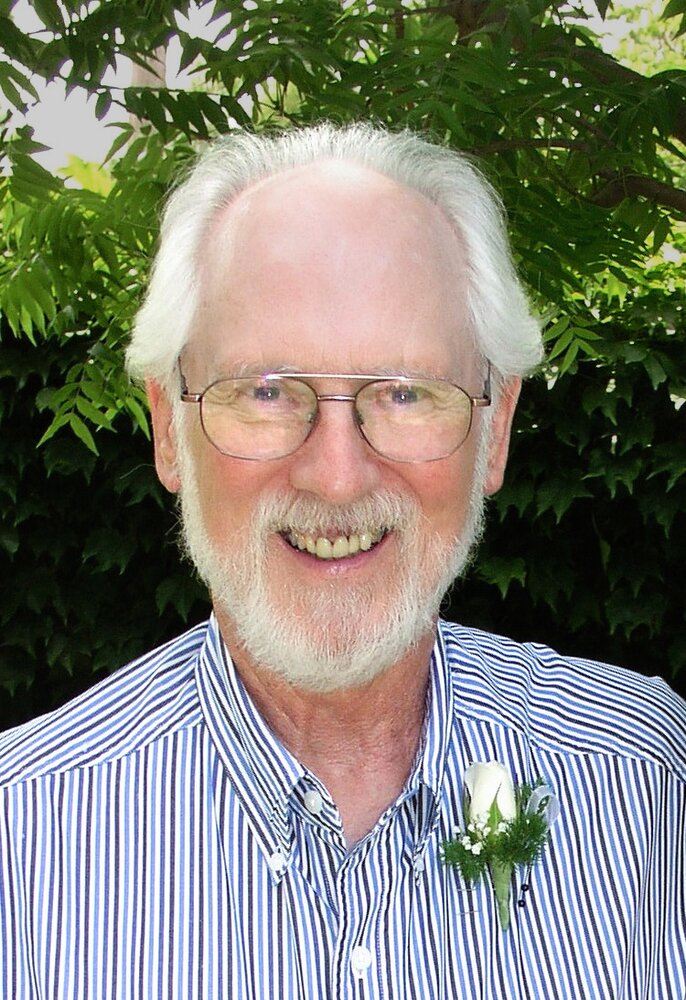 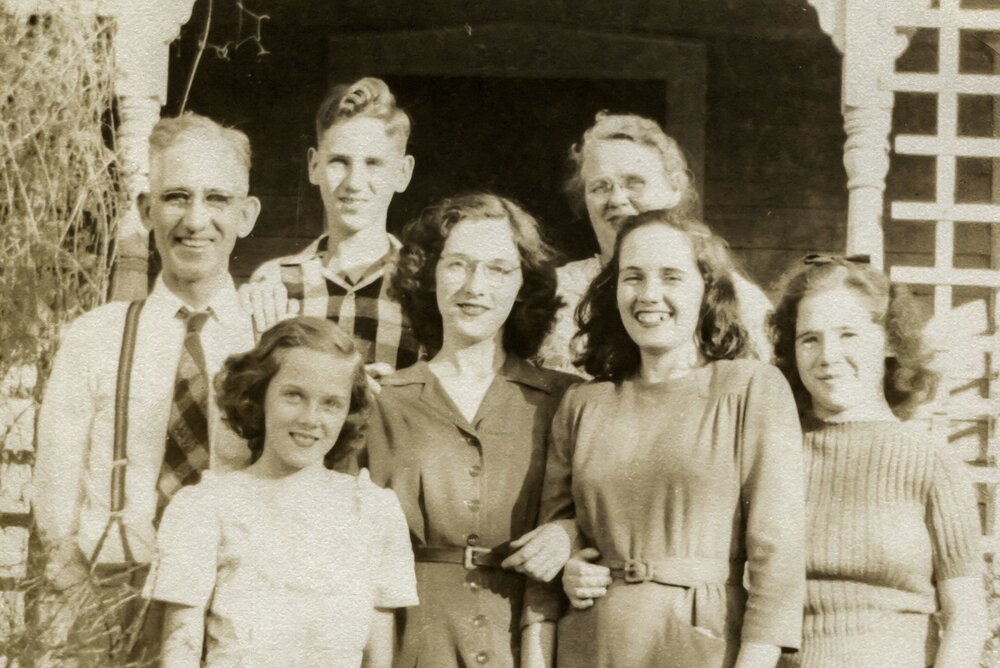 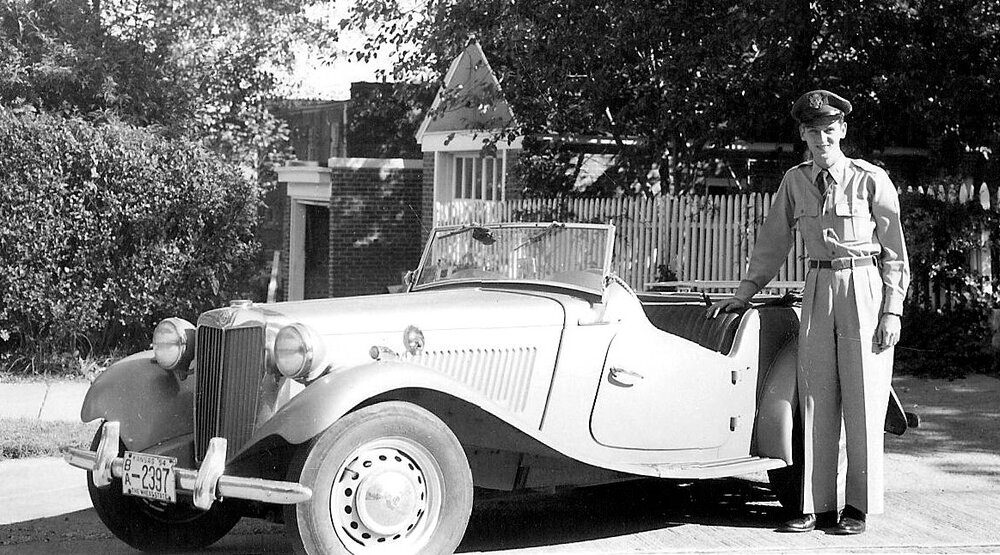 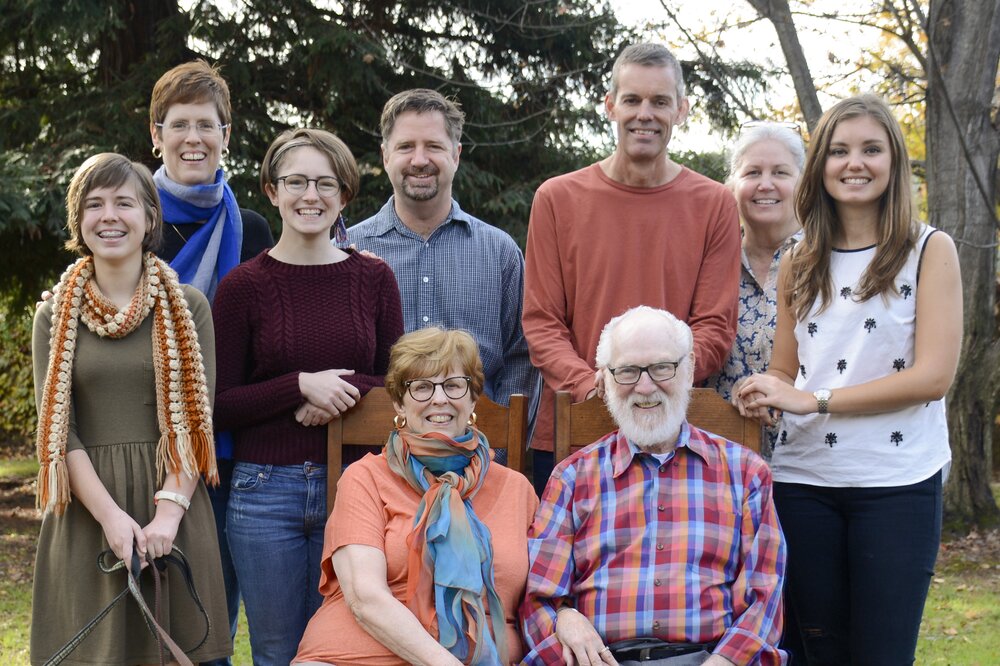 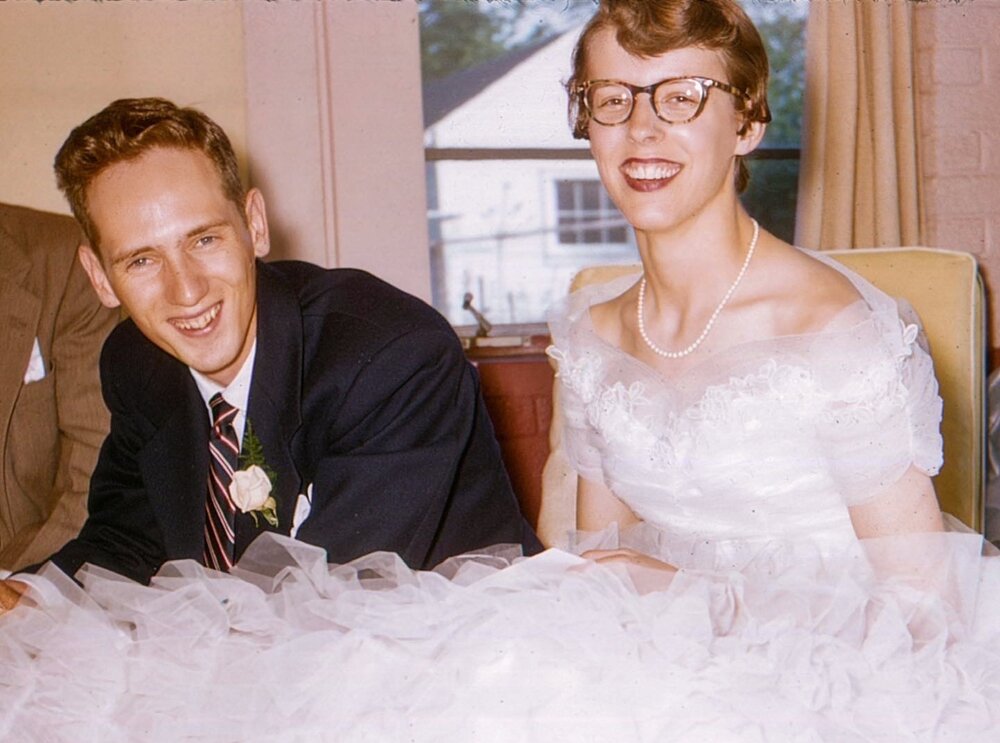 He was born on January 1, 1932, to Franklin Luther and Nettie Rachael (Groendycke) Eby in Medicine Lodge, Kansas (the first baby born in Barber County that year), the fourth of five children. He attended Wichita State University, graduating with a bachelor’s degree in German in 1954. He participated in ROTC in college, and then served for two years in the U.S. Air Force in Washington, D.C., working as a cryptolinguist for the National Security Agency. It was there he met his future wife, Marian Diane Moyer, in October 1954. On their first date, Jim told Marian he thought she was the girl he was going to marry. It was a bold move, but he did marry her, on May 14, 1955, at Grace Reformed Church in Washington, and they celebrated their 66th anniversary in 2021! Jim continued to serve in the Air Force Reserve until 1982.

In 1957 Jim and Marian moved to Palo Alto, California, where Jim earned a master’s degree in technical theatre at Stanford University. He then worked at the Palo Alto Community Theatre for several years, creating and building stage sets and lighting. They moved to Santa Barbara in 1965, where Jim taught stagecraft and lighting at UC Santa Barbara (among his students was a very young Michael Douglas!). They had a son, Douglas James, while in Palo Alto, and their daughter, Laurel Diane, was born in Santa Barbara.

Jim was a beloved son, brother, husband, father, and grandfather, a cheerful, good-natured man with a mischievous twinkle in his blue eyes. He adored his wife, his children, and his granddaughters, and especially loved to make them laugh. He seemed to know a little bit about every subject under the sun.  When asked “How did you know that?” he’d say it was part of his “immense fund of knowledge.” He loved reading, hiking, tinkering on and traveling in his RV, steam train excursions, riverboat trips in Germany and Austria, and peach pie. He would forever bemoan the loss of the MG TD he bought shortly after moving to Washington, D.C., which he sold to buy a 1957 VW bug in which he and Marian moved to California.

Jim was preceded in death by his parents and his three older sisters, Virginia (Jim), Jean (Dale), and Isobel; he is survived by his wife, Marian; his children, Doug (Kelly) of Sacramento, CA, and Laurel (Patrick) of San Jose, CA; his granddaughters, Emily, Zoë, and Audrey; and his younger sister, Kathy (Jack).

A memorial service will be held at St. John’s Episcopal Church on Floral Avenue in Chico on Saturday, February 26, 2022, at 1 p.m. In lieu of flowers donations may be made in Jim’s memory to the Butte County Library or the Sierra Club Foundation.

Arrangements are under the direction of Brusie Funeral Home.

To send flowers to the family or plant a tree in memory of James Eby, please visit Tribute Store