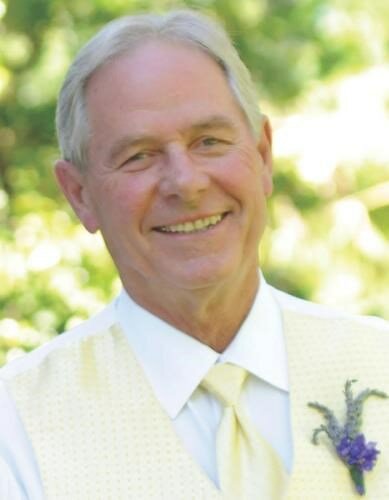 DARWIN FRANCIS KREMER 1941-2022 Darwin Francis Kremer, age 80 of Los Molinos, CA, passed away on January 18, 2022. Darwin was born on September 30, 1941 in Salem, Oregon to Sylvester "Lucky" and Leona Kremer. He grew up in small mill towns in Oregon and Northern California before his family settled for a while in Elk Creek. He was the oldest of seven children. Darwin attended Regis Catholic High School in Stayton, OR and Bellarmine College Preparatory in San Jose, CA before transferring back home to Willows High School. He graduated from University of San Francisco (USF) with a Bachelor of Science in 1963 and graduated in 1968 with a Doctor of Dental Surgery from University of the Pacific in San Francisco. Darwin met the love of his life, JoAnn DeSmidt at USF where they both attended. They were married June 12, 1965 and spent 56 beautiful years together. Darwin set up his first dental practice in Cupertino, CA before heading north to the country to raise his family. In 1974, he moved to Los Molinos, CA and opened a dental practice. Darwin and JoAnn raised their 6 children in what is known locally as The Old Mansion. Dr. Kremer created a flexible work schedule that allowed him to be present at his kids' games and activities over the years. He was known as the "gentle giant" dentist; patients traveled far and wide to see him. It was important to him that dentistry be as pain-free and comfortable as possible. Dr. Kremer was a weekend cowboy. He enjoyed a great glass of wine, sharing stories, and loved and lived for God and his family. Darwin was a man of service and faith. He was an active member at Sacred Heart Catholic Church in Red Bluff, on the Mercy High School Board, and had a close relationship with the monks at the Abbey of New Clairvaux. Hobbies included raising horses and cattle, hunting, fishing, camping, wine-making, traveling, and spending time with his family. Darwin's family is his true legacy. He is survived by his beloved wife JoAnn, daughter Amy Kremer Gomersall (Edson), son Darby Kremer (Sherri), daughter Beth Colwell (Matt) and sons Kevin Kremer (Kelley), Dave Kremer (Johnna), and Pete Kremer (Jannika); grandchildren Hannah (Roy Weichers), Miranda, Katy (Ted Hunter), Peter, Kara, Quinn, Nicholas, Kevin, Cayman, Jake, Grace, Luke, Elle, Ithaca, Joshua, Ophelia, Darwin, Freya, and Rory; and great grandchildren Brielle, Theodore, Clara, and Franklin; Siblings Connie Schneider, Steven Kremer, Doug Kremer, Karen Kremer, and Greg Kremer. He is preceded in death by his sister Arlene Jimenez. Rosary service at Brusie Funeral Home, Friday, February 11 at 7:00 pm. Funeral mass will be celebrated at St. John the Baptist Catholic Church, Chico, Saturday, February 12 at 10:00 am. In lieu of flowers, donations may be made to the Alzheimer's Association or the Abbey of New Clairvaux, 26240 7th Street, Vina, CA 96092. Online condolences can be sent to the family at www.brusiefh.com

To send flowers to the family or plant a tree in memory of Darwin Kremer, please visit Tribute Store
Friday
11
February