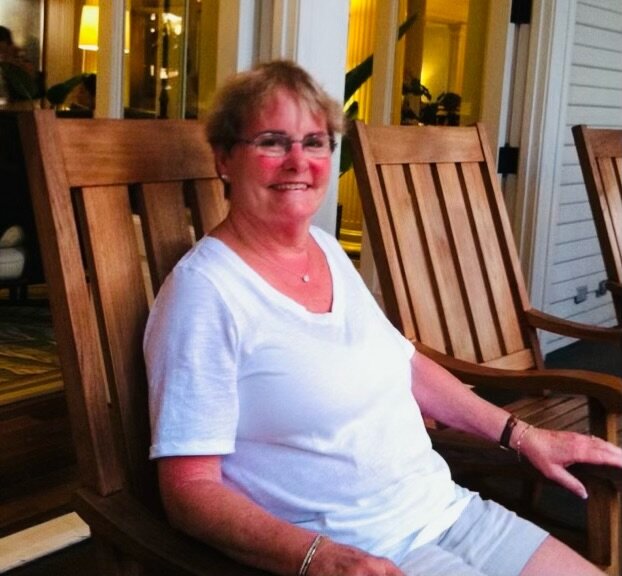 Her mother, Phyllis, and father Gerald were living in Spartanburg as Gerald was Adjutant for the new US Army infantry training camp recently activated to train soldiers for World War 2.   Kay was the first of 3 siblings: Kaywood, Gerry and Meg.  In 1944, then Colonel Gerald Greeve Sr. departed for the Philippines with the thousands of newly trained infantry who were to become the 8th US Army and fought with distinction throughout the remainder of the Pacific War. Kaywood and her mother, moved back to Philadelphia and remained there with Kaywood’s grandmother Mary Burke Wood until her father returned from the invasion of Japan in December 1945.

In January 1946 Kaywood, Phyllis, and new brother Gerry Jr. accompanied her father as part of the Allied Occupation Forces of Japan, to live in Yokohama.  Living there for two years, Kay’s first memories were of Japan and these instilled in her a love of Asian culture. In 1948 they returned to Washington DC where her father continued his military career. Being an “army brat"  Kaywood attended Catholic parochial schools in Falls Church Virginia, Brooklyn and Queens New York, graduating in 1959 from Walsingham Academy, Williamsburg, Virginia.  Kay was a popular leader in the school serving as Class Secretary, editor of the Yearbook, and power forward for the Lady Apostles Basketball team.  Kay loved to sing and dance.  She was staunch member of the Glee Club and Mixed Chorus performing up and down the East Coast as a principal Alto.  As graduation approached, Kaywood firmly decided to become a nurse and attended Mount St. Mary’s University (St Joseph College) in Emmitsburg, Maryland where she received a bachelor’s degree in Nursing in 1964.

Being a part of a military family Kay decided in mid-college to join the US Army Nurses Corp.  She was sworn in by her father as a 2nd Lieutenant 1962.  Upon graduation from college Kay joined active duty at Ft Sam Houston, Texas.  She served both there and at Letterman General Hospital in San Francisco. Kaywood was one the first US Army female nurses to arrive in Saigon, Vietnam. She was assigned to the 3rd Field Hospital and served there until 1965 when she returned to San Francisco. Captain Kaywood Greeve completed her military service and married Colonel Richard Morgan.  She and Morgan raised a family while serving and practicing medicine in San Francisco, St Louis, Denver, Los Altos, and Chico.

Kaywood and her family ultimately settled in Chico, CA in 1973.  A second marriage to Morey Fuqua (of Chico, CA) successfully blended two families. Morey Fuqua had a successful law practice and Kaywood continued her nursing career serving in a variety of private practices.

Kaywood was fond of sailing, flying, quilting, reading, and card playing. A well-known member of the community she enjoyed many friends and activities after retiring from nursing. Kaywood is survived by her brother, Gerry Greeve, her son and daughter-in-law Sean and Amber Morgan (their sons Ashton and Zachary), Morgan Navitsky (her granddaughter), Aspen Navistsky (her great granddaughter) and Amie Fuqua Kaufenberg. She is going to be missed by many friends and relatives.

Graveside services will be held at Glen Oaks Memorial Park at 10:00 am on Saturday February 5th. Arrangements are under the direction of Brusie Funeral Home.

To send flowers to the family or plant a tree in memory of Kaywood Greeve, please visit Tribute Store
Saturday
5
February