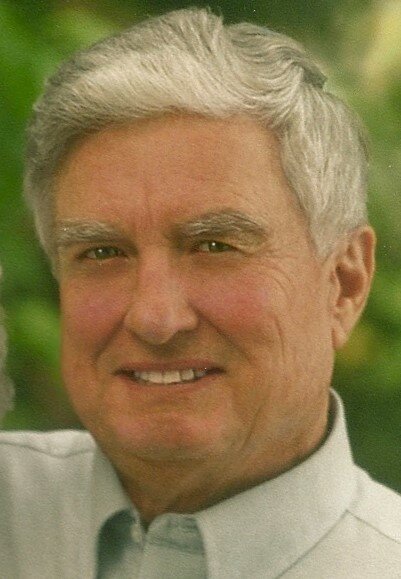 Don Albert Anderson
Don Albert Anderson had two great loves in life: his family and farming. Born October 29, 1936, in Bakersfield, he passed away March 28, 2022, in Chico after a nine-year battle with multiple myeloma. The son of Lloyd and Ruth Anderson, Don grew up in Wasco, California, and began farming with his father at an early age. After his father passed away when Don was 16, Don and his mother managed the family farm in Paso Robles. He received national recognition as an FFA American Farmer at the national convention in 1956. Don raised cattle and wheat while attending Cal Poly and it was there that he met the love of his life, Barbara. They were married in 1958 and Don graduated with a degree in Animal Husbandry in 1960. Together they had four children, Gary, Lori, Tim, and Debby.

From 1961 to 1964, they owned a cattle ranch in Ono, west of Redding. They sold the ranch and moved to Chico in 1964. It was here that Don and Barbara put down roots. While working at the Farm Supply store in Hamilton City, Don noticed that the nut farmers were the ones who always paid their bills on time and he decided to try his hand at orchards. He and Barbara bought their first 48-acre walnut orchard in 1972. The business continued to grow over the years. Don farmed with his son Tim and later grandsons Colby and Nick joined the operation. They will continue Don’s legacy, farming walnuts and almonds.

He was a devoted friend and looked forward to monthly dinners with the Nord Supper Club and weekly get-togethers with the Friday Lunch Bunch. In his later years, he was well known for riding his bicycle on the back roads in Glenn County and bike paths in Chico, right up until he was hospitalized in December 2021. After a good ride, he often rewarded himself with a treat from Country Morning Bakery.

Don and Barbara were married for 63 years and filled their lives with wonderful friends and great adventures. They designed and built a home together on the ranch. They bought their first home at Lake Almanor in 1981. Don played golf with the men’s group at Almanor West. Their family enjoyed summers on the water and Thanksgiving with the annual tree hunt in Lassen National Forest. They were members of the Chico Elks RV Club and spent nearly 20 years traveling around the western US and Canada with friends and family. They also were fortunate to travel to South America, Tahiti, Australia, and of course, many times to Mexico and Hawaii. One of their most memorable trips was a cruise to Alaska to celebrate their 50th anniversary with all their children and grandchildren.

Don loved ice cream, fresh strawberries, and Barbara’s pies and jams made from fruit he picked on the ranch. He enjoyed drives around the orchards and was always ready for a social gathering, from carnitas with the ranch crew, to family barbecues, RV socials and card nights.

The family is especially grateful to Dr. Sam Mazj who treated Don’s cancer and gave him nine good years. In Don’s memory, contributions can be made to the Multiple Myeloma Foundation in care of Brusie Funeral Home. A celebration of life will be held at 11 a.m. April 28 at the Ord Bend Community Hall.

To send flowers to the family or plant a tree in memory of Don Anderson, please visit Tribute Store
Share Your Memory of
Don
Upload Your Memory View All Memories
Be the first to upload a memory!
Share A Memory
Send Flowers