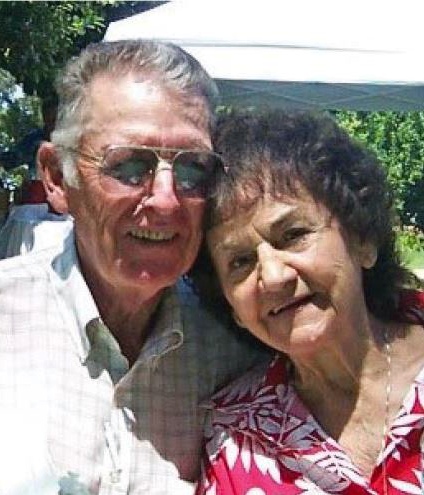 Donald Lee Cummings was born Feb 5, 1928 - at the family home on West 22nd Street. He passed on April 23, 2022 working at his desk, in the same home, joining the love of his life Edna Stewart for the next chapter in their adventures together.

Parents Henry Roy and Loyce (White) Cummings established their home on West 22nd in south west Chico in 1913. Don was the 4th of 9 children. In the early days Don helped his Dad with the painting business, worked at Rainbow Bakery, enjoyed hunting and working on cars, and progressively became known over the years as the thoughtful family caretaker.

Don grew up with many family members (White, Bunch, Lydick.) and close friends as neighbors. He attended Salem Elementary, Oakdale Elementary, Central, graduating in 1947 from Chico High School. He was a member of Boy Scout Troop 2. These roots supported his lifelong dedication to duty and public service. Don followed his older brother into the US Navy. As an Electrician's Mate (EM3) he served longest on Guam where the final holdouts of the Japanese occupation still remained. He still remembered all of his shipmates by name.

Returning home, Don began a long career in forestry. He was a Forester in the truest sense, developing his craft throughout his long life. From early days on a family logging camp in Fort Bragg with his cousin Laverne Lydick, to Fall River with the US Forest Service, and eventually to the California Division of Forestry (CDF, now CalFire), starting out at the Cohasset Station, and retiring as a Captain. He meticulously mapped and studied fuels, slopes, and weather a discipline now known as pyrogeographyto better predict fuel behavior and how to safely direct future attacks. The quiet chatter of a scanner was a constant in his house. He remembered the days before there were radios in firetrucks noting with a smile, "Sometimes it was better if they couldn't find you."

He met Edna (Edy) Stewart about 1957. The professional woodsman and his beautiful "city girl" shared many adventures. Heteaching her to fish and hunt. She exposed him to social society while encouraging him to develop his love of Golf. She traveled everywhere with him and participated in many tournaments with the CDF "Wagon Train." Don lost his partner on June 14, 2009. His otherwise conservative persona was betrayed by his love of cars, including one of the first Corvettes in Chico - red of course, and a series of Thunderbirds, all of which enjoyed meticulous care. Don was founding member #76 of the Bidwell Park Golf Club, golfed weekly, sometimes daily, until the end, shared colorful stories about his friends, wagers lost and won, frequently noted in the paper by his friend Ed Anderson, he traveled broadly with Elks and SIRS members.

A memorial will be held at 0900 on 26 June at Veterans Memorial, Glen Oaks Cemetery in Chico. Reception to follow at Lakeside Pavillion, 2565 California Park Drive. All are welcome.

As Don would wistfully say, "I'm glad you could see me!"

To send flowers to the family or plant a tree in memory of Donald Cummings, please visit Tribute Store
Sunday
26
June

Share Your Memory of
Donald
Upload Your Memory View All Memories
Be the first to upload a memory!
Share A Memory
Send Flowers