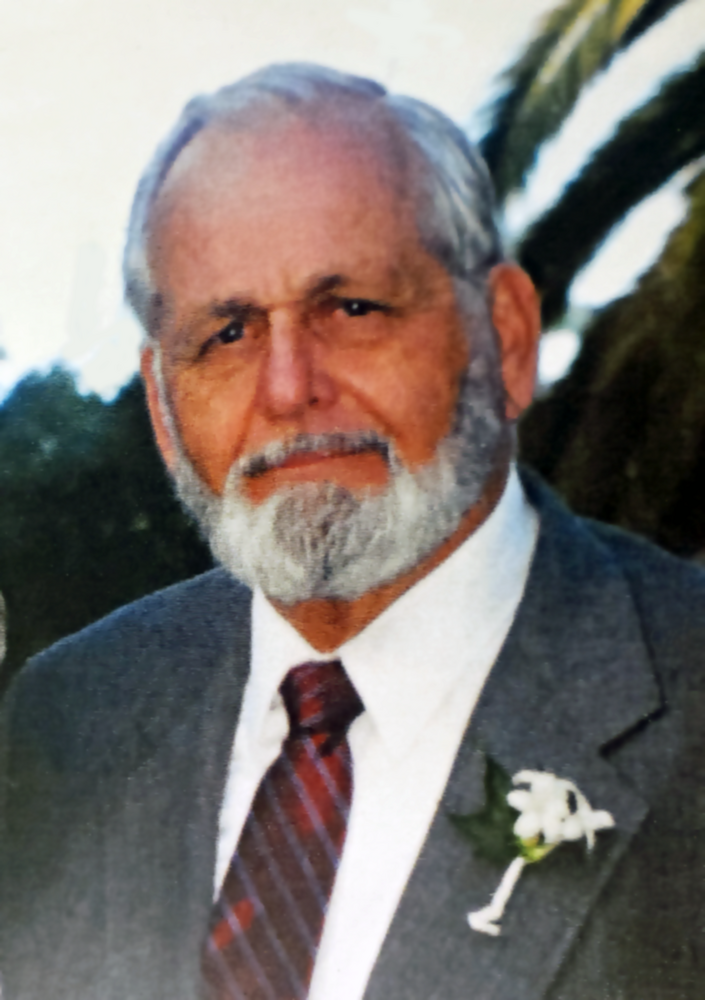 A Mass of Christian Burial will be held for Jerome E.K. Bohlander on Thursday, May 26th at 10 a.m. at St John the Baptist Catholic Church.  He passed away on May 17th at his home in Chico.
Jerry was born and raised in Chico, California.  He was a curious child who loved to watch construction and the railroad.
He was an athlete at Chico High School and was a top basketball player, and in 1952 he was chosen for the state all-tourney team.    He also played football, ran track and was an eagle scout.
He married his high school sweetheart, Karen Irene Moore on October 1,1955.
At Chico State, he studied civil engineering and graduated in 1960.  He took a job in Contra Costa County as an inspector, and the young family moved to Pleasant Hill.  He also worked at Andell Engineering and Independent Construction Company in the Bay Area.  Jerry took a job at Butte Creek Rock in 1968 and the family moved back to Chico.  In 1971, he started his own general contracting business, Jerome Bohlander Construction.  Jerry was a 4th degree Knights of Columbus and sang in the church men’s choir.
Words that might describe Jerry are loving, vivacious, ambitious, hardworking and industrious.  He had a servant’s heart. Jerry was a master storyteller.  He was gifted at interacting with people, friends or strangers.  (Being a stranger would only last for a minute!). He was always working on some sort of project.  He helped neighbors putting on roofs, additions, decks and other building tasks.  He built playsets for his grandchildren.  You could count on him to be present if there was a concrete pour going on.  He was a big presence in his family, and his family loved and appreciated him.
His survivors include his wife Karen Bohlander; children Lisa (Jim) Bourey, Mark (Kathy) Bohlander, Patricia (Kevin) Ethcison and Matthew (Shyrl) Bohlander; one brother, Ted, one sister, Joan; 14 grandchildren and 13 great grandchildren with three more on the way.  Jerry was preceded in death by his son Michael Bohlander.
Arrangements are under the direction of Brusie Funeral Home.

To send flowers to the family or plant a tree in memory of Jerome Bohlander, please visit Tribute Store
Print
Thursday
26
May