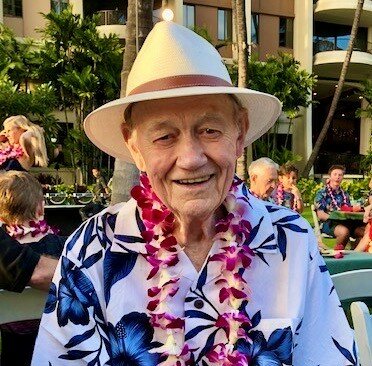 Milt took pride in his Chico heritage and education through public schools. He graduated from Chico High in 1950, excelling in football and baseball and presiding over the Letterman’s Club 1949-50. Milt enrolled in Chico State, then enlisted in the US Air Force where he served four years as a gunner on B29’s and B50’s in the Korean War. He finished his BA in Business with a teaching credential in 1958 and taught at Bidwell Jr. High before receiving his Master of Education in 1964.

With the Chico Unified School District, Milt served as a teacher, counselor, vocational district administrator, and principal of both Chico Adult School and Fairview High School. The Chico Chamber voted Milt Outstanding Young Educator in 1969.  His career at Butte College included Director of Vocational Education, Director of the Chico Center, Assistant Dean of evening programing, and concluded his career as Dean of Instruction. Upon retirement in 1992, he was awarded Administrator Emeritus status.

Serving the community was important to Milt. He served as president of Chico YMCA and Chico Rotary Club; chaired the Chamber of Commerce Education Committee, Enloe Hospital Personnel Board and Butte County ROP Advisory Board; and was a long-time member of Chico Elks Club.

During his life, Milt enjoyed hunting, fishing, golf, baseball, travel with his family, extensive RV trips, and membership in the Elks RV Club. For over 50 years, he and Dorette gathered with a group of friends for weekly dinners and traveling adventures.

A military service honoring Milt will be held at the Northern California National Cemetery, Igo, CA on July 5th at 2 PM and a Celebration of Life for friends and family at Milt’s home in Chico from 5 – 7 PM.

Honorable gifts may be made to the Butte College Foundation: https://www.butte.edu/foundation/giving.

To send flowers to the family or plant a tree in memory of Milton Boyer, please visit Tribute Store
Print
Tuesday
5
July