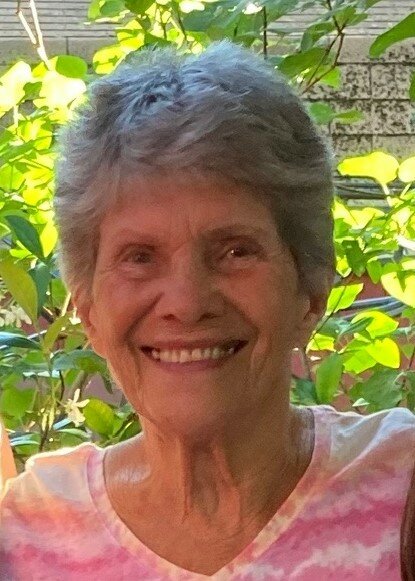 Rexene Collier, long time Magalia and Chico area resident, passed away in Chico on July 27 after an extended illness. Rexene was born June 5, 1941, in Willows to the late Elmer Regan and the late Murelene (Holcomb) Regan-Weinreich. She grew up in Chico and was the oldest of four siblings.

Rexene attended Chapman Elementary School and graduated from Chico High School Class of ’58 at the age of 16. In 1959 she married her first husband, Gerald Compton, and they had three daughters. In 1978 she was remarried to Freeman Collier, the love of her life and husband of 44 years. She attended Butte College, taking classes in Aviation, Landscape Design, and Astronomy.

In the early 1970’s, Rexene worked as an Administrative Assistant for the Chico Municipal Airport and was often the first voice heard by pilots calling into ground control. She obtained her pilot’s license and was a member of the Butte Flying Club. She joined the family business, A&B Masonry in Chico, and later became co-owner with her beloved father William Weinreich. After the sale of A&B to Pacific Supply, she became the Business Manager at Freeman’s Masonry. She and her husband Freeman opened TCBY and Blimpie franchises in south Chico during the 1990’s.

Rexene enjoyed music and dancing, hiking, biking, and viewing the wildflowers on Table Mountain. She had an adventurous spirit and loved nature. Known for her compassion to wildlife, she created a refuge for the rescue and rehabilitation of injured birds. She loved spending time with family and driving with Freeman to Lookout Point on the Skyway for daily meditation and spiritual readings.

Rexene was preceded in death by her parents Bill and Murlene Weinreich, and her sister Carol Weinreich. She is survived by her husband, Freeman Collier, of Magalia; brothers Norman Regan and Dennis Weinreich, both of Chico; daughters Vicki Pero and Lori Carrick, both residing in Idaho’s Treasure Valley; daughter Cindi Pannone, of Eagle River, Alaska; and Freeman’s daughters Diana Leadbeater, Cathy McHargue, and Karen McBrayer, all of Chico; numerous grandchildren, and many nieces and nephews.

Arrangements will be by the Brusie Funeral Home in Chico. No services are planned at this time.

Rexene was loved by her family and all that knew her. Her compassion and radiant spirit will be dearly missed.

To send flowers to the family or plant a tree in memory of Rexene Collier, please visit Tribute Store
Print
Share A Memory
Send Flowers