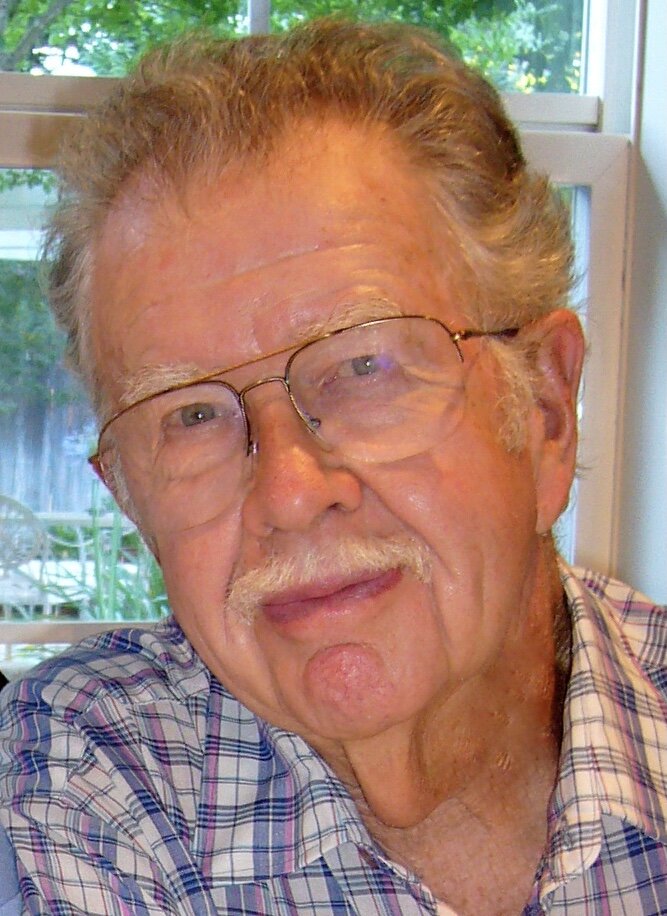 Robert Harvey Gilzean passed away at home with family at his side on August 16, 2022.  He was born December 4, 1930 in Woodland, CA to Harvey and Meta Sholes Gilzean.
The family moved to Petaluma when Bob was two and then to Redding in 1937.  Bob went to Shasta High School, Chico State and then graduated from the University of California, Berkeley.  Bob met his wife, Shirley Glenn Gilzean, at Cal, and they were married in 1955.  After completing their teaching credentials, the couple moved to Redding and then to Central Valley, where Bob taught high school, before settling in Chico in 1960.  Bob went into the insurance business with his father-in-law, Dick Glenn.  He co-owned Glenn, Gilzean & Dumbroski Insurance until he retired and sold the business in 1991. Prior to retirement, he was an active member of the Rotary Club of Chico.
Bob had a lifelong love of motor vehicles.  He obtained his pilot’s license and flew a Cessna airplane in the 1960s.  Throughout his life, he owned numerous antique cars and developed many lifelong friendships through his involvement in the North Valley Unique Car Club, Kaiser Frazer Owners Club, Hudson Essex Terraplane Club, and the Auburn Cord Duesenberg Club.
The Gilzean family has a favorite tradition of vacationing at Trinity Lake. Every summer since 1966, the family, which now includes four generations, has enjoyed camping and boating activities at Trinity Lake.  Bob treasured the annual trips, spending time with the family, and waterskiing into his late 70s.
In retirement, Bob and Shirley enjoyed travelling around the country in their motorhome.  They particularly enjoyed antiquing and visiting historic towns in the West, including Goldfield and Rhyolite.  Special trips included trips to Irelend, Scotland and England in 2005 and to Italy in 2012 with their son, Larry, and his wife, Carrie. In his later years, Bob rekindled his interest in collecting trains and continued working on antique cars.
Bob is survived by his children, Cathy Nagy (Guy), Debby Ortega (Rudy), Randy and Larry (Carrie).  Bob had nine grandchildren and 15 great grandchildren.  He was preceded in death by his wife, Shirley.
The family will have a private celebration of life.  No public services are planned. In lieu of flowers, donations may be made to the Cancer Center or Hospice at Enloe Medical Center.

To send flowers to the family or plant a tree in memory of Robert Gilzean, please visit Tribute Store