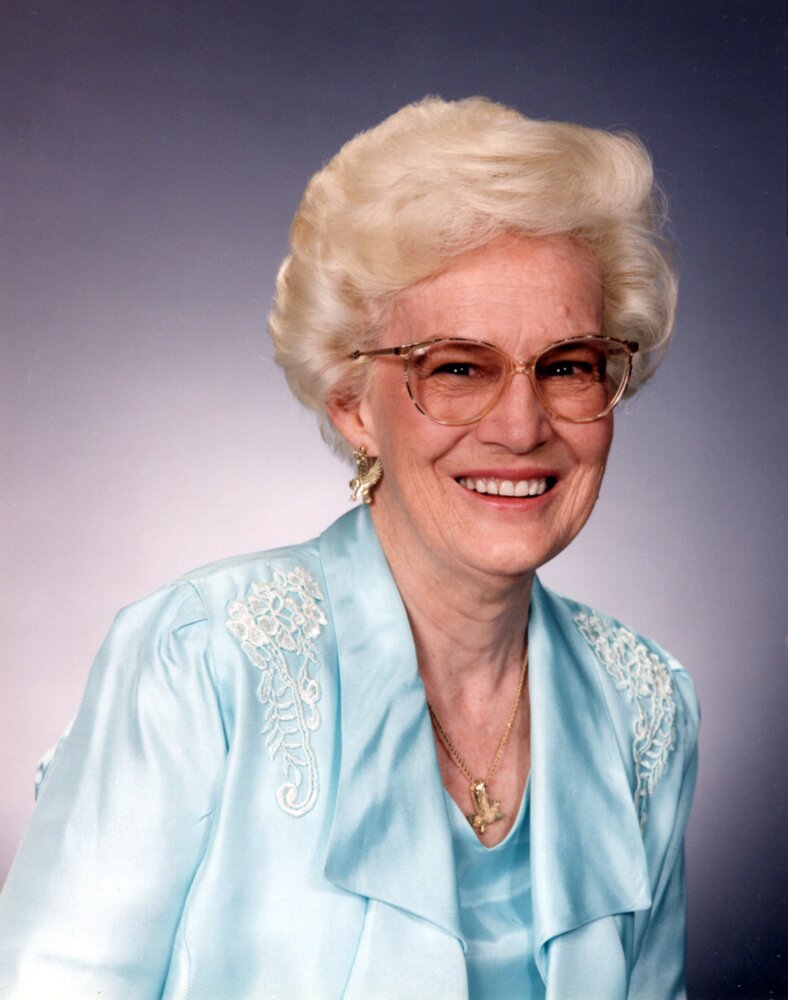 The family returned to Brownfield, Missouri, when she was only a couple years old.

Phyllis grew up in the Brownfield - Hazelgreen area, graduating from Richland High. She attended Business School in St. Louis, Missouri, and returned home after graduating.

She met her future husband William Charles Decker, while he and his parents were on an annual vacation, visiting their family in the area. William was originally from Richland, Missouri, and in 1943 had moved out to Chico, California with his parents.

She married William on July 9, 1949, in Camden, Missouri, and they moved to Chico, to live next to his parents. William built their home on land gifted to them by his parents where they both resided their entire life. They had two children, Cathleen Rae Decker born in 1950 and Stephen Charles Decker born in 1957.

Phyllis enjoyed the outdoors very much, which included gardening, camping, boating, hunting, and fishing. She was also a wonderful cook and had a green thumb. She loved her many roses.

In1989 Phyllis joined the Fraternal Order of Eagles, Auxiliary 218, were she was involved in many activities, being elected thru the officers chairs and becoming Madam President. She attended more than ten conventions over the years, participating on the Ritual Team, typically finished 1st, at the State Aerie Convention competitions and at Grand Aerie Convention where they also always finished within the top seven out of up to thirty competitive teams.

Phyllis was a 30 plus year member of the local Gleaners which was spent mostly in the office.

She was escorted from this world by her grandson Eli, who likely drove a golden carriage pulled by four snow white ponies from her home on Tuesday evening, September 6, 2022, in Chico, CA, at the young age of 92 ½.

Phyllis was preceded to heaven by her husband, William C. Decker, both of her parents, Ray Bench and Hazel Bench, her older sister Beverly Jean Bench Prine, younger brother James Richards Bench, and by her only grandson Stephen Eli Decker.

Phyllis is survived by her sister Barbara June Painter of Tulsa, Oklahoma, daughter Cathleen Rae Decker of Chico, California, Stephen Charles Decker and his wife Donna Decker of Igo, California, many cousins, nieces, nephews and her extended family and friends.

Graveside service for Phyllis will be at 10:00 am, Saturday, October 1, 2022 at Glen Oaks Cemetery, Hagen Ln at Midway Chico, California

Memorial service for Phyllis will be at 11:00 am, Sunday, October 2, 2022 at Fraternal Order of Eagles Hall, E 20th St at Mulberry, Chico, California

In lieu of flowers the family asks that a Charitable Contribution be made in her name to the,

To send flowers to the family or plant a tree in memory of Phyllis Decker, please visit Tribute Store
Saturday
1
October

Share Your Memory of
Phyllis
Upload Your Memory View All Memories
Be the first to upload a memory!
Share A Memory
Send Flowers