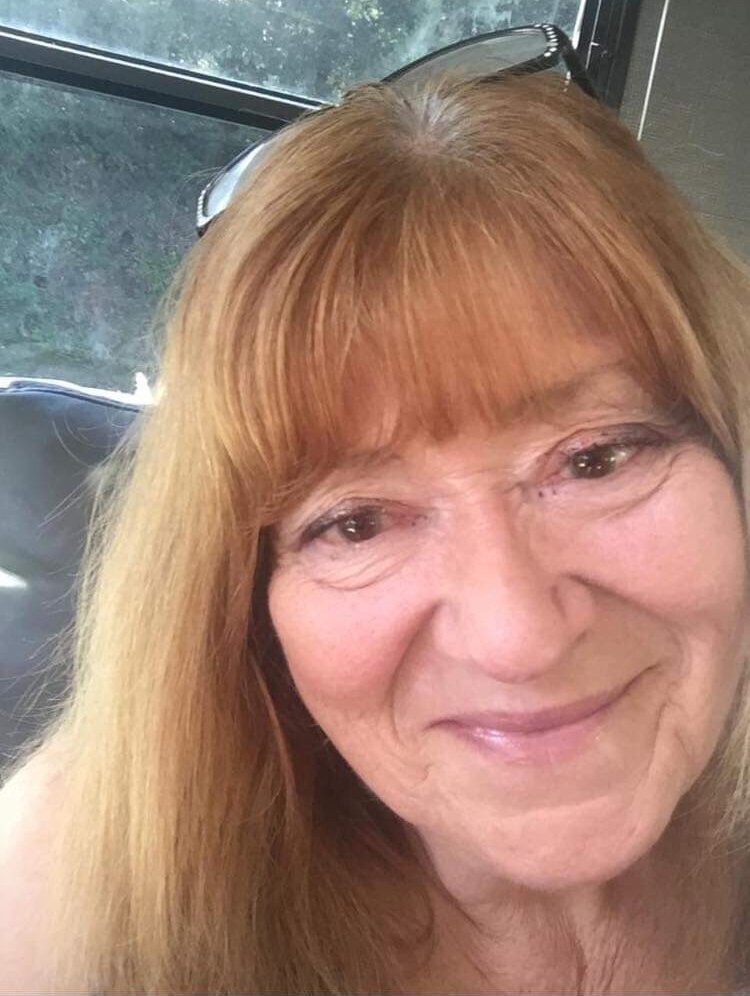 My sister, Diana Theobald, was born Diana Kay Nutt on May 16, 1952 to Charlie and Ramona Nutt in Bakersfield, California.  She passed away in her home in Butte Meadows, California on September 16, 2022. There will be a celebration of her life at 1 pm on Saturday, October 15th at The Butte Meadows Mercantile and Resort in Butte Meadows.

Diana graduated from Red Bluff High School in 1970. She was married twice. The first time she was married to Donald Sanford. Even though the marriage didn’t work out, it produced two amazing girls, Valerie Seagraves and Melanie Fox. Valerie lives in Chico with her partner, Troy Woods. She gave Diana three wonderful grandchildren Thomas Seagraves, Kaspian Seagraves and Liz Seagraves. Melanie also lives in Chico with her husband Russell Fox. She gave Diana two incredible grandchildren named Brennan Sanford and Kevin Sanford, who is married to Haille Sanford. On April 24, 1982, my sister married the love of her life, Michael Theobald. If ever two souls should unite, it was theirs. He came toting two young ladies that would complete their family. Deborah Harrington who is married to Todd Harrington, and Rebecka Brown who is married to Monte Brown. Deborah gave them two grandchildren, Ryan and Devan Harrington. Rebecka gave them three grandchildren, Matt Theobald, Richard Brown who is married to Savannah Ann Brown, and Britney LeDou-Kessler. Richard blessed my sister with a great-grandchild named Austin. Britney also blessed them with a great-grandchild named Willadeane.  Diana and Michael adored their family and loved them all as their own. There are aunts, uncles, nieces, nephews and cousins that will miss her presence. After several years of marriage, Mike and Diana moved to their little piece of heaven called Butte Meadows. Her life with and after Mike involved family, mountain life and very good friends. Diana was huge into educating children and she held many positions within Chico Unified School District, where she retired after 28 years. Her part in the lives of many of these kids goes very deep. She wore that badge proudly.

Sadly, she lost her Michael on March 28, 2009.  It was a very hard loss. She missed him every day of the rest of her life. A few years later, she lost her Father and then her Mother. She had a personal relationship with the Lord, and I know she’s with all of them now at the right hand of God.

Diana spent the last years of her life in both Butte Meadows and Ft. Bragg, California where she enjoyed fishing, the outdoors, and a community of close friends.

In remembrance of Diana, please add your thoughts, good memories and fun moments to this ongoing obituary.

One of my favorite memories of her was when we were young. All of us were in our front yard with the doors of our car open. We played Beatles music as loud as it would go on the 8-track.  We sang “out of toon” and danced the “jerk” just to embarrass our children. Hmmm, guess you had to be there. It brings a smile to my heart.  Love, Judy Long

In lieu of flowers, charitable donations can be made in Diana's memory to the Fisher House Organization

To send flowers to the family or plant a tree in memory of Diana Theobald, please visit Tribute Store

Share Your Memory of
Diana
Upload Your Memory View All Memories
Be the first to upload a memory!
Share A Memory
Send Flowers