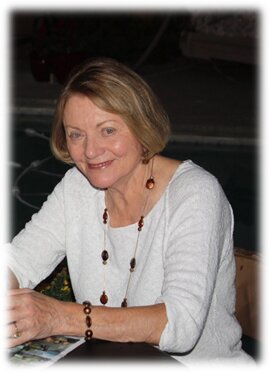 Sandy graduated from Red Bluff High School in 1959. She worked as an Advertising Executive and a Secretary for the Willows Chamber of Commerce. She obtained her Teacher’s Credential and a Master’s in Special Education from Chico State and was a dedicated teacher for many years. Sandy loved hosting traditional family holidays, especially Christmas and 4th of July. She enjoyed traveling, spending her snowbird years between Lake Almanor and Palm Springs, playing golf, attending her children and grandchildren’s sporting events, playing card games like flinch, hand & foot and Bridge, and hanging out with dogs named Zack. Sandy was an avid reader as well as a former President and member of the Lake Almanor Women’s Golf Club.

Sandy is preceded in death by her parents Gordon and Mabel DePuy.

Private Services will be held on Thursday, October 13, 2022. In lieu of flowers donations would warmly be accepted to the Alzheimer’s Association, the American Heart Association or any charity of your choice.

To send flowers to the family or plant a tree in memory of Cassandra Feeney, please visit Tribute Store

Share Your Memory of
Cassandra
Upload Your Memory View All Memories
Be the first to upload a memory!
Share A Memory
Send Flowers