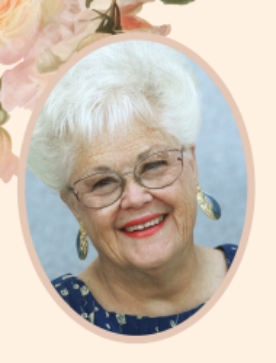 Billie LaJean Merrell Crosby was born January 22, 1934 to William and Mabel Merrell in Provo, Utah, but was raised in Beaver, Utah. She was the second of five children and deeply internalized a strong work ethic from her parents in a semi-rural town recovering from the effects of the Great Depression. She equally embraced a sense of fun and adventure.

Billie graduated high school in 1952 and enrolled in the University of Utah where she met Wallace Crosby at a football game. After a year of courtship, they were married September 10,1953 which lasted sixty-nine years. Billie worked at the ZCMI department store to support the two of them while Wallace attended medical school at the U of U.

Billie and Wallace were blessed with four daughters. Their first child, Sherry, was born in Salt Lake City just days before Wallace’s graduation from medical school. Christi, their second daughter, was born in 1957 in Washington DC at historic Garfield hospital where Wallace was an intern. They joined the Air Force for the G.I. Bill benefits program and to serve the country they loved. They were stationed in England for the next four years, exploring Europe during leaves. Just before returning stateside, Jerry Lynn joined the family in 1961. A quick year of medical residency in Riverside was followed by their permanent move to Chico for the remainder of their lives. Shauna completed the quartet of daughters in 1966.

Billie was a gifted orator, for which she won awards in high school and later used to promote community good. This included working to safeguard Bidwell park and to get stop signs at elementary schools so children would be safe. She was known for being fun–the life of the party, and storytelling, a gift she shared with her father.

In the last moments of her life, she was physically and spiritually watched over by the people who loved her with all their hearts.

She is survived by her husband, Wallace Crosby, four daughters and their spouses, three sisters, and twenty-nine grand and great grandchildren.

Services will be held at The Church of Jesus Christ of Latter Day Saints Church at 735 East Ave., October 22, 2022 at 9 am. Flowers may be sent to Brusie Funeral Home on Friday, Oct 21 before 4 pm.

Charitable donations in Billie’s name can be made to Organization for Autism Research or any other ASD research institution of your choosing.

To send flowers to the family or plant a tree in memory of Billie Crosby, please visit Tribute Store
Saturday
22
October

Share Your Memory of
Billie
Upload Your Memory View All Memories
Be the first to upload a memory!
Share A Memory
Send Flowers