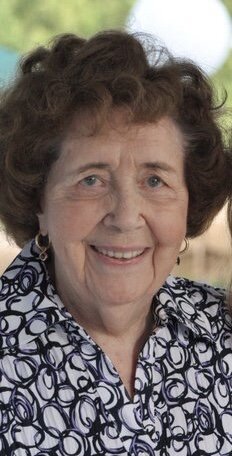 In loving memory of our mother, Lula “Lu” Phillips.

Lula E Phillips (“Lu”) passed away peacefully, just a few weeks following her 100th birthday. The eighth of ten siblings (Kenneth, Marion, Orena, Ralph, Earl, Myrtle, Leona, Lula, Alta and Orris), she outlived them all. Her strong will to live may have stemmed from her challenging upbringing. Lula was born at home on September 20, 1922 to Alta May Gibson and O. E. Gibson in Cienega Valley, outside of Hollister, CA.

One hundred years ago, life was not easy for a young woman. Lula grew up in Chico, attended Chico schools, and learned to work hard as she experienced her father’s death at a young age in 1930. She grew up with a single mom and eight siblings, all of whom survived the Great Depression, and she joined in WWII efforts.

Toiling alongside other women as welders on ships in the Port of Richman in the fashion of Rosie the Riveter, the feisty, spunky, and determined Lula became a part of wartime American
mobilization.

Eventually, she was able to save enough income to put herself and a younger sister through beauty college in San Francisco where she learned electrolysis and took beauty classes. Lula’s favorite memory from that time was living with a group of young women in a San Francisco boarding house, The Evangeline. Long-term friendships resulted.

After gaining beautician licenses, Lula and her younger sister worked in a Chico beauty salon where Lula was introduced at one point to a handsome young man, Charles H. Phillips, who happened to be picking up his mother. Lula and Charles courted a few months, fell in love, and married. Their marriage lasted 63 years until Charles’ death in 2012.

Lula and Charles were blessed with a family filled with memorable traditions, joy, and love: three children: Susan (Bob), Debbie (Tom), and Bill (Trudy). She also was blessed with six
grandchildren and twelve great grandchildren.

Various activities and social engagements added fun and fellowship to Lula’s life. She was a charter member of the Exchangettes, an active member of Ila Neb Court #51, Ladies Oriental Shrine of North America, and a lifetime member of the First Christian Church. Lula enjoyed sewing, cake decorating, gardening, cooking/baking/canning, entertaining, golfing, and attending symphonies at CSU, Chico. She also took pleasure in her neighbors, travel, extended family get-togethers, and vacations and holidays at the Lake Almanor family cabin, as well as friends and fellowship from her church. All the while, Lula remained creative, adventurous, and spunky.

More recently, Lula appreciated the assistance she received from caregivers, which resulted in a special bond of friendship with Ruth Howard from Brightstar. She was also ably assisted by Amber Grove caregivers, aides, and staff members. More recently, nurses, aides, and staff associated with the Dementia Unit at California Park Skilled Nursing provided comfort and care to our mother, Lula Phillips. Thank you to all such caregivers.

To send flowers to the family or plant a tree in memory of Lula Phillips, please visit Tribute Store