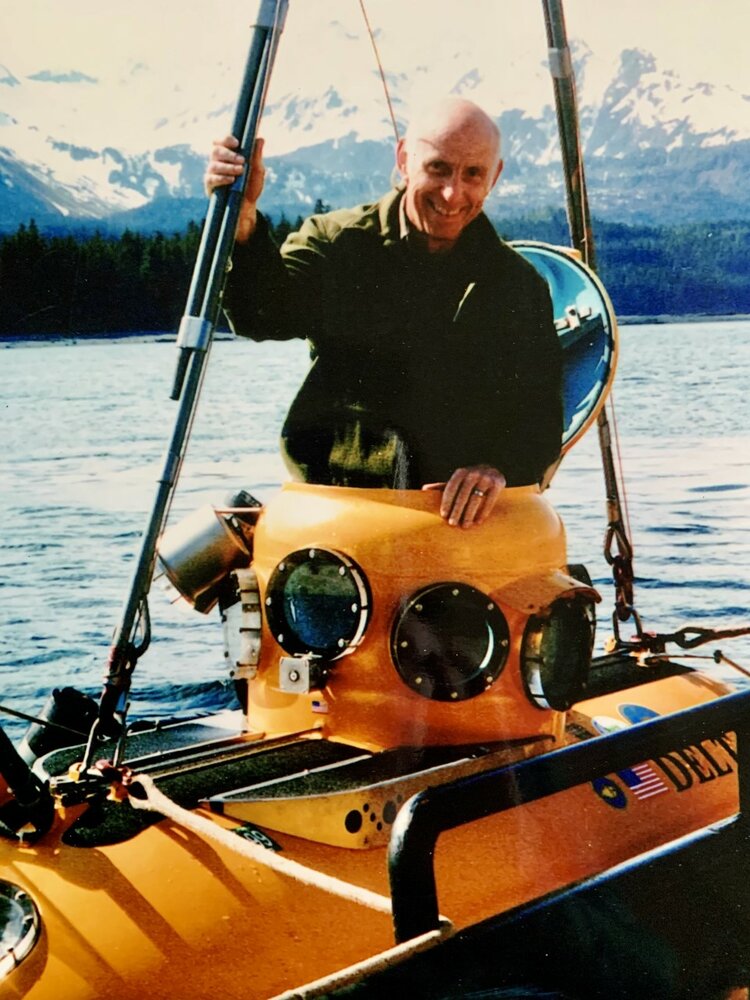 Robert “Bob” E. Thomas passed away on October 27, 2022.  Bob was born to Audrey and Margaret Thomas at home in Salineville, Ohio on February 17, 1936.  He graduated from Salineville High School in 1954 with a football scholarship to Mount Union College in Ohio but volunteered for the Army instead and used the GI Bill to attend Kent State University.  At Kent State he earned a BS, MS and PhD in Biology while returning home every weekend to work at the brickyard.

While at Kent State, he met Judy Visintainer.  They married in Midvale, Ohio on June 9, 1962 and enjoyed 60 wonderful years together.  In 1966, Bob accepted a job at the California State University in Chico.  He always said he chose Chico because the hiring committee took him trout fishing in the foothills.

Next to his family, the love of his life was teaching.  Bob worked at CSUC for over 40 years, and continued teaching after his official retirement date.  His Biology and Physiology classes touched countless aspiring doctors, nurses, medical professionals and scientists.

In 1973, one of those scientists, Dr. Stanley “Jeep” Rice, invited Bob to Juneau, Alaska to research the effects of the oil industry on salmon and other marine life with the National Oceanic and Atmospheric Association Research Laboratory.  Bob loaded up the Oldsmobile Cutlass with Judy, their five and three-year-old daughters, and a cantankerous dog named Boo Boo, to camp at the foot of a glacier while he conducted his research.  Thus began over 30 summers of research and adventure in Alaska.  The family still has the cabin he built during the summer of 1980.

His scholarship and dedication to teaching was recognized with numerous awards, including the Outstanding Professor Award in 1983 and 1984 and the Outstanding Teacher Award in 2006.  In 2017, he was inducted into the CSU Emeritus and Retired Faculty and Staff Association Hall of Fame.

Bob was an avid runner and between 1979 and 2006 completed over 50 marathons and half marathons.  If he wasn’t running, he was probably on his bike.  Bob rode his bike to the university every day, rain or shine.

In 2006, Bob purchased a fixer-upper cabin in the foothills that brought him to Chico.  Affectionately referred to as “Mount Ugly” by the family, he transformed it into a thing of beauty.  He often said that the sound of the wind in the pines reminded him of the ocean.

Bob was also a constant gardener.  He grew excellent tomatoes, onions, and habanero peppers.  His dill pickles were extraordinary and would have fetched a fair price at the market.  When meyer lemons were in season, family and friends around the country eagerly awaited boxes of his polished citrus.  Bob was especially proud of his lawn and mowed it weekly until his passing.

Bob is survived by his wife, Judy; his daughters and their husbands, CAPT Beth Thomas, USN (ret) and Maj Scott McKenzie, USAF (ret) and Dr. Susan Thomas and Mr. Freeland Abbott,  Susan followed in Bob’s academic footsteps and is the Director of the American Music Research Center at University of Colorado Boulder; his three grandchildren, Liam, Kieran and Linnea “Ash” Abbott; his nephew and his wife, Mr. John (Brenda) Thomas; and his grandnephew and niece and their families, Mr. Cory (Missy) Thomas and their children Chloe, Owen, and Kylie; and Dr’s Kristin and Grant Thompson and their son Kurt.  He is also survived by his sisters-in-law and their families, Mrs. Sarah (Ed) Brown and their children, Dr. Amanda (Rav) Rampersaud, and their children Sophia and Ava; Mrs. Melissa (Jeremy) Maranzano and their children Sydney, Mia, and Oliver; and Mr. Patrick Brown; and Ms. Rebecca Howe and her children, Mrs. Kara (Brian) Howe-LaMonica; and Mrs. Lindsay (Mark) Saunders.

In lieu of flowers, please consider donating to the scholarship for Biology Students established by students in his honor, the Robert E. Thomas Merit Award at www.csuchico.edu/biol/student-opportunities/scholarships.shtml.

Bob always said the last time he made a mistake was when he thought he did.  He lived his life his way.

To send flowers to the family or plant a tree in memory of Robert Thomas, please visit Tribute Store
Tuesday
15
November

Share Your Memory of
Robert
Upload Your Memory View All Memories
Be the first to upload a memory!
Share A Memory
Send Flowers