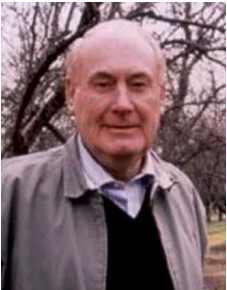 A celebration of life will be held for W. Howard Isom on Wednesday, November 30th at 11am at Butte Creek Country Club. Howard passed away peacefully on November 15, 2022 in Chico. He was born in Blanchard, Ok in 1933 to Luther C. and Thelma Isom. The family moved to Taft, CA in 1941, then to Yreka where he graduated from Yreka High School in 1951. He spent 2 years in the US Navy then returned to Northern California and married Noel Isom in 1956. After two years at Shasta college, he attended Chico State where he graduated in accounting Cum Laude in 1960. His CPA career started in San Francisco, then re- turned to Chico and partnered to form Matson and Isom Accountancy. His agricultural career started with a prune orchard in 1964 followed by almonds, walnuts and grapes. He married Joan Anderson in 1974. Together, they enjoyed golf, tennis, traveling and time with their family. In 1988 he was elected to the board of Blue Dia- mond Growers in Sacramento, becoming chairman in 1991. In this role, he traveled the world promoting almonds from Australia, China and Japan to Europe, Russia and India. In banking, he was a director of CoBank in Denver, and North State National Bank in Chico. In 2005 he helped create Golden Valley Bank where he served as their first chairman of the board. Through his many businesses and real estate deals, Howard always worked with others, totaling over 200 partners and creating many hundreds of jobs in Butte County. He was very active in the community, helping form CEPCO, member of Chico Rotary for fifty years, and an active supporter of Chico State School of Agricul- tural, Enloe Hospital, Butte Humane Society and many other local groups. He is pre-deceased by Joan and her daughter Paige Skillern. He is survived by his children Kimi (Tom- my) Norris, Sean (Susan) Isom, Rob (Erika) Ander- son and son-in-law Gary Skillern. Grandchildren in- clude Michael Skillern, Ryan Hendricks, Mardi Skillern, Dom Isom, Lauren Anderson and Jordan Isom. Donations in Howard’s name may be made to the charities listed above or the Golden Valley Bank Foundation.

To send flowers to the family or plant a tree in memory of W. Isom, please visit Tribute Store
Wednesday
30
November

Share Your Memory of
W.
Upload Your Memory View All Memories
Be the first to upload a memory!
Share A Memory
Send Flowers