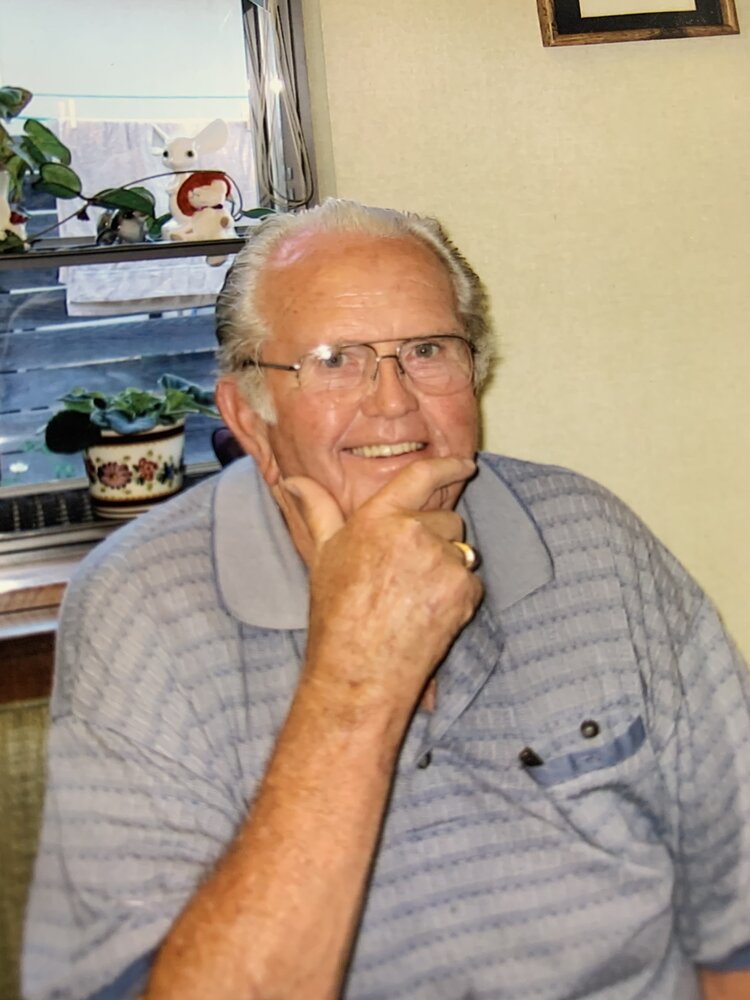 John William Coutts, beloved Husband, Father, Grandfather and Great- Grandfather, of Chico, CA, died peacefully at age 91 surrounded by family on December 13, 2022
John was born in Minnehaha, South Dakota on February 27, 1931 to John and Aura Coutts. They moved to Lake County, CA when John was four years old.  The family moved to Marysville, CA after John graduated from Clearlake Union High School in 1949. John took care of his mother after his father’s death in 1952 while running his own cookie distribution business.
John was drafted into the Army In the 87th infantry Chapter of the 10th infantry Division in 1954. After a short time in Kansas, he received orders to report to Aschaffenburg, Germany. He met his wife Ruth Lechner on November 1, 1955 in Heidelberg, Germany. Ruth and her friend Linda were impressed with his bright red Mercury sedan that he had shipped over from the states. Ruth and John continued to correspond by letters. Ruth and John were married in Wattens, Austria on October 13,1956. They returned to the US and settled for a short time in Marysville, CA, where they continued to take care of his mother Aura until her death in 1957. John and Ruth moved to Chico, CA in 1958. The joy of John’s life, John Coutts was born on September 6, 1958.
John was a member of the Teamsters union from 1950-1989. He worked for Langerdorf as a route driver then later as a Supervisor, until his retirement in 1989.
After his retirement, John and Ruth spent up to three months a year in Wattens, Austria visiting family and friends. He and Ruth made fond memories traveling around Austria and the surrounding countries. John was also an avid fisherman and took pride in his patio boat. He shared many fishing memories with his son and grandchildren. John spent a lot of time woodworking and doing other handyman jobs around the house. He enjoyed teaching those skills to his grandchildren. His eyes would light up when he was able to see and visit with his great grandchildren Claire and Elizabeth.
John is preceded in death by his son John Coutts. He is survived by his wife Ruth Coutts, daughter in law Colleen Coutts, grandchildren John Coutts and Daniel Coutts (Mary), great grandchildren Claire and Elizabeth Coutts and nieces and nephew.
Services will be held at Faith Lutheran Church on December 27, 2022 at 10:00 AM. Internment at Glen Oaks Cemetery at 1:00 PM

To send flowers to the family or plant a tree in memory of John Coutts, please visit Tribute Store

Share Your Memory of
John
Upload Your Memory View All Memories
Be the first to upload a memory!
Share A Memory
Send Flowers