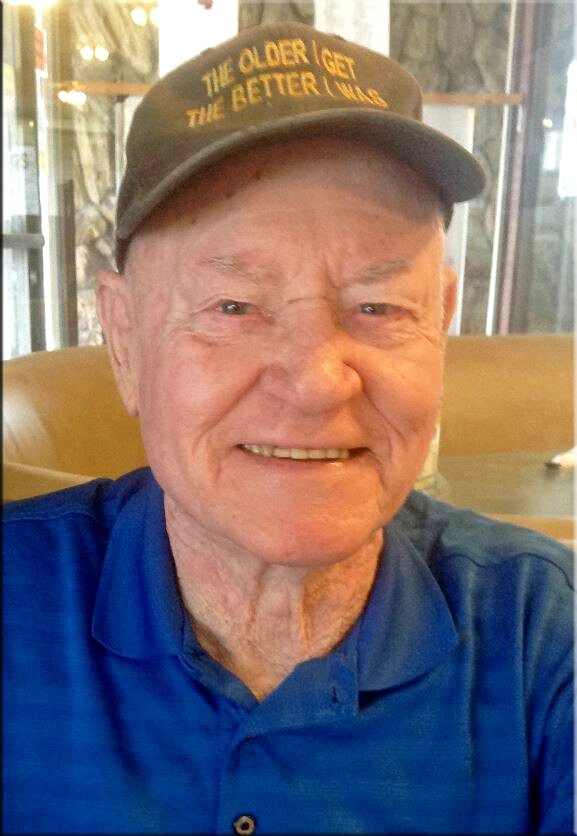 ALVA LEWIS BAGWELL, 94, born and raised in Chico, California, passed away in his home on Saturday, December 31, 2022.

Lewis attended Chico High School until he joined the U.S. Army on June 18, 1946, during WWII. He was stationed at Fort Eustis, VA at the rank of Tech-5 Corporal and later promoted to Tech-4. He was also a baker for the troops. He earned the Marksman and Sharpshooter badges for the rifle, carbine, and machine gun. At the end of the war, Lewis was awarded the WWII Victory Medal. He was honorably discharged on June 17, 1949 and returned to his hometown.

Early in 1953 Lewis met and fell in love with Wanda Jane Oxford of Westwood, California and the two married on September 5, 1953, in Reno, Nevada. They made Chico their permanent residence while raising their two daughters, Linda, and Brenda. He began working at Diamond Match/Louisiana Pacific Lumber Mill in 1954 and retired 36 years later. Lewis and Wanda were married for just over 50 years.

Lewis loved and lived life to the fullest. His hobbies included motorcycle riding, building model airplanes, jigsaw puzzles and riding with his Serendipity Corvette friends. He regularly attended church services at Calvary Chapel Chico. Lewis enjoyed playing board games, card games, yard games and welcomed everyone that would join him as a partner or competitor. He frequented the local restaurants for his morning breakfasts and to meet with friends.

Lewis is preceded in death by his parents, John and Mina, his wife Wanda, his five siblings, and his daughter Linda. He is survived by his daughter, Brenda Bagwell of Chico, CA, two grandchildren Melody Greer of Antioch, CA and Kevin Bagwell of Topeka, KS, one great-granddaughter Kailani Greer of Fairfield, CA, many nieces, nephews, and a plethora of friends. He was blessed with love from all that knew him and rejoiced in their company.

A military graveside service is planned for January 25, 2023, at 11:00 am at the Veterans Court of Honor at Glen Oaks Memorial Park 1111 Midway, Chico, CA. A celebration of life will follow at Calvary Chapel Chico 1888 Springfield Dr, Chico, CA.

Lewis had asked that in lieu of flowers, donations be made to St. Jude Children's Research Hospital “In Memory of Lewis Bagwell” at www.stjude.org.

His family and friends send many thanks to the caring staff at Enloe Medical Center, Arbor Post-Acute Care, and Butte Home Health and Hospice.

To send flowers to the family or plant a tree in memory of Alva Bagwell, please visit Tribute Store
Wednesday
25
January

Share Your Memory of
Alva
Upload Your Memory View All Memories
Be the first to upload a memory!
Share A Memory
Send Flowers