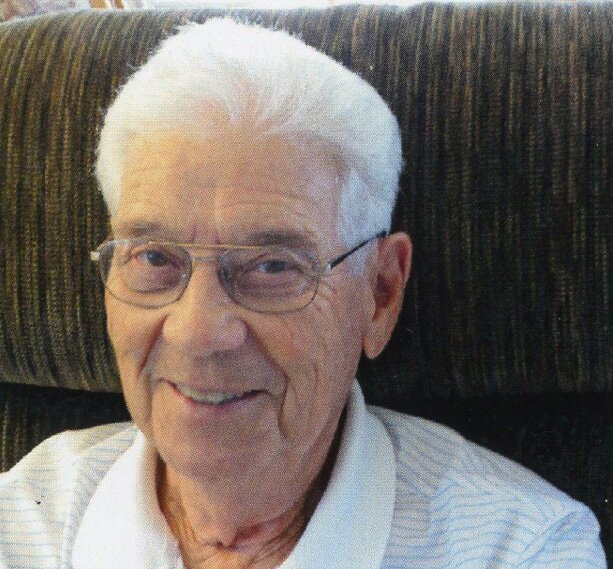 Jack was born to Gilbert and Alice (Netto) April 9, 1925 on Wall Street. Jack and his brother, Gene, grew up in the Cana area and attended schools in Chico, Rock Creek, and Chico High.

As a boy under the tutelage of his father, he learned to work as a field hand in almond, wheat, and barley harvest and to herd sheep. He did not receive his high school diploma until his discharge from the Army and before entering Chico State.

World War II called him to the United States Army for nearly three years from 1943 to 1946. He served overseas in Europe, the Philippines, then on occupation duty in Japan. As a paratrooper, at age 17, he jumped into Normandy and later was in Holland with the Battle of the Bulge, the Rhine, Austria, and Northern Luzon. He participated in the occupation of Japan.

His knowledge and readings of World War II followed him throughout life.

Upon returning home, he earned a high school diploma by passing the General Education test.  Later, after attending Chico State, he earned a degree and a secondary and elementary teaching credential.  This led to his first teaching position at the one room Centerville School in Butte Creek Canyon.  This was followed by teaching at Durham Elementary School and later becoming its principal.  Later he became program and curriculum development chairman for nine Northeastern California counties.  As a NASA assistant director, he brought programs and mobiles to teachers and classrooms.  Still with a focus on education he worked under the leadership of Duane Powers in the Butte County School System, retiring in 1982.

His enjoyment of sports, the outdoors, and people led him to participate in Klamath River fishing, pheasant hunting, and golf. He held terms with the Bidwell Golf Club Board caring greatly for the success of Bidwell, playing at least three times a week. As a SIRS #110 member, he served as a Big SIR, traveling, and golf tournaments.

Always busy, he had to adjust to complications of Covid, dementia, and age. He is survived by his wife, Barbara, with whom he shared 52 happy years. Also important to him were daughters Brenda Smith (Chuck) Chico, June Brock (Clyde) Central Point OR, Peggy Goodwin of Seattle WA, and Carolyn Orrell (deceased). He is survived by five grandchildren, and fine great grandchildren. His dogs were always important to him, especially his last dog, Beau.

Contributions may be made to the Butte Humane Society or a charity of your choice.

To send flowers to the family or plant a tree in memory of Jack Lutz, please visit Tribute Store
Friday
13
January