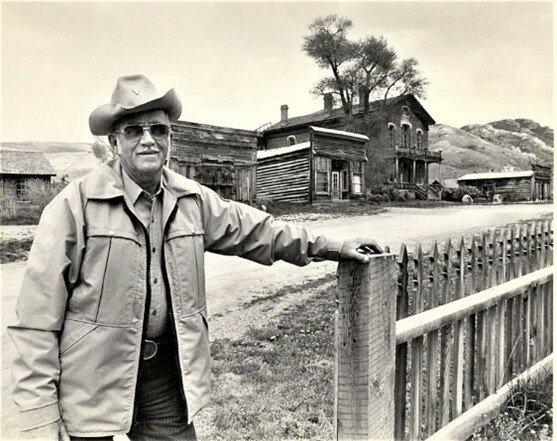 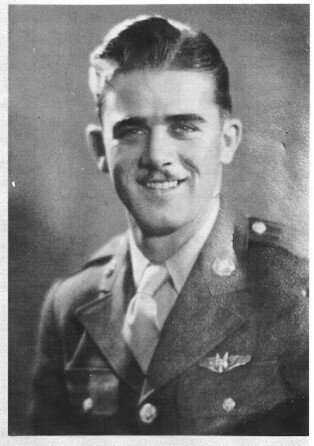 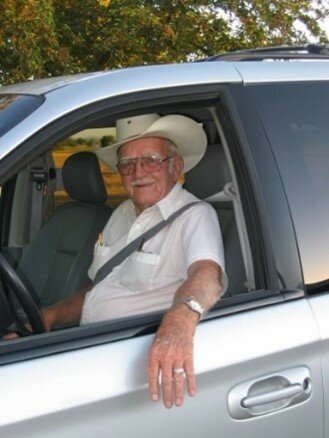 Roy Herseth, passed peacefully at his home in Boise, Idaho of natural causes at 99 to enter eternal life with his dear wife, Jill, and two sons, Tommy and Jimmy.

Roy was born as the first child of John and Jennie (Myre) Herseth on July 25, 1922 in Powers Lake, North Dakota. Roy grew up helping his parents farm along with his four brothers and one sister on the family farm halfway between Powers Lake and Battleview in a small home that lacked electricity and indoor plumbing for most of Roy’s youth. Roy also spent his free time trapping fur so he could afford to take girls out on dates.

After graduating high school in Powers Lake near the end of the Great Depression, Roy was eager to find work, which led him and a close friend to hitchhike for several days from North Dakota to Los Angeles, California. Roy soon found work in Los Angeles at the Lockheed Aircraft Company. He also became friendly with the attractive girl working in his neighborhood corner market, his soon to be bride, Jill, with whom he would share an amazing 56 years of marriage.

Roy temporarily left the Lockheed Aircraft Company to join the Army Air Corps where he was selected to be a Gunnery Instructor and eventually a gunner on the B-29 Superfortress aircraft for test flight missions in Alamogordo, New Mexico. One of the test flights ended in a crash putting Roy in the hospital for more than a month and leaving him with permanent injuries. After his recovery, Roy was shipped overseas to the European theatre of World War II where he was stationed in both Italy and France.

After the end of World War II in Europe, Roy returned to his home in Los Angeles to be with Jill and their new son (Tommy) and to his work at the Lockheed Aircraft Company until he began a career in the building trades that eventually led he and Jill to move to Chico, California to raise their family and start a building trades business, the Herseth Company. Roy and Jill spent the next 20 years in Chico raising their two boys (Tommy and Jimmy) and enjoying the charm of Chico in 1950’s and 60’s.

And all of this was only the first half of his almost 100-year life! The second half of Roy’s life is best described in a word as an “adventure”, which he shared with his dear wife, Jill – as his constant supporter and partner in all that they could dream up while sipping coffee at their dining room table from what seemed like a bottomless coffee pot.

Sometime during the 1960’s while on a hunting trip to the mountains of Montana, Roy stayed in what some would call a ghost town in Beaverhead County named Bannack, which had served as the Montana Territory Capital briefly in 1864. When Roy first saw Bannack it had been over 100 years since the major gold discovery on Bannack’s Grasshopper Creek in the 1860’s. Roy immediately took up an interest in the history of Bannack as well as the exceptional hunting and fishing in the area and he purchased a home/cabin in Bannack.

In 1968 Roy was hired as the first full-time manager of Bannack State Park, a position he proudly held until retiring in 1984. Roy had a tremendous influence on the transition from what Bannack was when he arrived in the 1960’s to what it is today: a National Historic Landmark managed by the State of Montana as Bannack State Park. When Roy started his work in Bannack many of the structures were in serious need of attention. Roy’s experience in the building trades prior to his move to Montana would be a key to his success in preserving the town’s buildings. In all cases, the goal was to do the needed work in such a manner that it was invisible to the park visitor, while also not compromising any of the structure’s historic integrity. Roy’s skills and innovative mind made those goals a reality. As Bannack’s stature as a State Park continued to grow, so did visitation. More of Roy’s time was spent as the charismatic Tour Guide and Interpreter, taking advantage of his extensive research into Bannack’s history. In every aspect of the early evolution of Bannack State Park, from property acquisition to stabilization of structures, archaeological digs, fire detection and suppression, visitor management, and much more, Roy played a leading role in getting Bannack back from what would have been a tragic loss of historic structures and the opportunity for generations of visitors to come and step back in time.

After retiring from his position with the State of Montana in 1984, Roy and Jill were finally able to move back to Roy’s childhood hometown of Powers Lake, North Dakota where they built a log home and lived among some of their dearest friends and family, while Roy busied himself on several projects in the area, including a restoration of the windmill at the Powers Lake Windmill Park.

With Jill’s unfortunate passing in 1999, Roy relocated to Boise, Idaho to be closer to his son Tommy and easy access to the exceptional Veterans Affairs Medical Facilities in Boise. Roy’s final 20 years and ending chapter of his life were spent woodworking and making new and lasting friendships with an amazing group of people that cared for and truly loved Roy and his ability to tell the best stories and jokes.

In-lieu of flowers, the family requests that donations be made to the Powers Lake Senior Citizens, PO Box 82, Powers Lake, ND 58773 or a charity of your choosing.

To send flowers to the family or plant a tree in memory of Roy Herseth, please visit Tribute Store