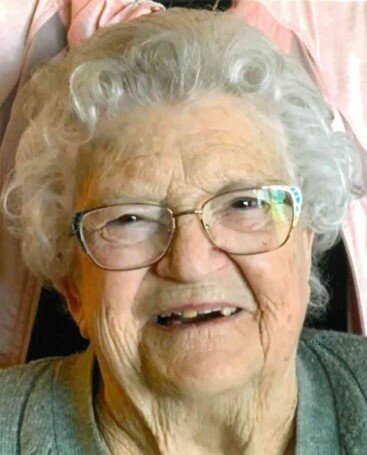 Oh no! No more homemade chocolate chip cookies or pumpkin pie. Margaret Ballinger went to be with the Lord on January 21, 2023.

Margaret was born to Marion LaBaron and Fern Jacobs on September 6, 1929 in Chico. Margaret had a great love for her family and attended Chico First Baptist Church. She was active in many ventures including several offices at the church. She was a member of Josephine Chico Chapter 104 and Amapola Chapter 35 Order of the Eastern Star. She also visited and served as an officer for many area chapters. A great honor for her was being a 50 year member of Eastern Star in which she held multiple offices and served on several committees. She was also a volunteer for Enloe Hospital for 15 years.

Margaret worked several different areas throughout her lifetime. The longest was 25 years as the secretary for City Manager Fred Davis. She loved going to her job each day (usually had a candy dish or cookies on her desk) and became a close friend to numerous people she worked with. This added to her love for the city that she lived in her entire life. After retiring from the city of Chico, she worked for Dr. Tadd Selby doing medical transcription and for Duensing Trascriptions doing court testimonies.

On June 10, 1973, she married Glen Ballinger. After retiring, they spent a great deal of their time camping and traveling in their trailer. When Glen was no longer able to camp, they would simply drive around Northern California, socializing and becoming acquainted with its hidden secrets.

Margaret was preceded in death by her husband Glen, her sister Barbara Santos and brothers George and Robert Jacobs. She is survived by her children Walter (Carol) Brook Jr of Chico, Steve (Gloria) Ballinger of New Braunfels Texas, Elaine (Dennis) Cirimele of Orangevale California and Denise Ballinger of Chico. She loved and prayed for her many grandchildren, great grandchildren and great great grandchildren.

A memorial will be held Saturday February 18 at 10:00 am at the Chico First Baptist Church (850 Palmetto Ave) and officiated by Reverend Gail Hill. Potluck to follow in the social hall. For those who would wish to attend, a short graveside service will be at the Chico Cemetary at 1:00 pm.

To send flowers to the family or plant a tree in memory of Margaret Ballinger , please visit Tribute Store
Saturday
18
February

Share Your Memory of
Margaret
Upload Your Memory View All Memories
Be the first to upload a memory!
Share A Memory
Send Flowers